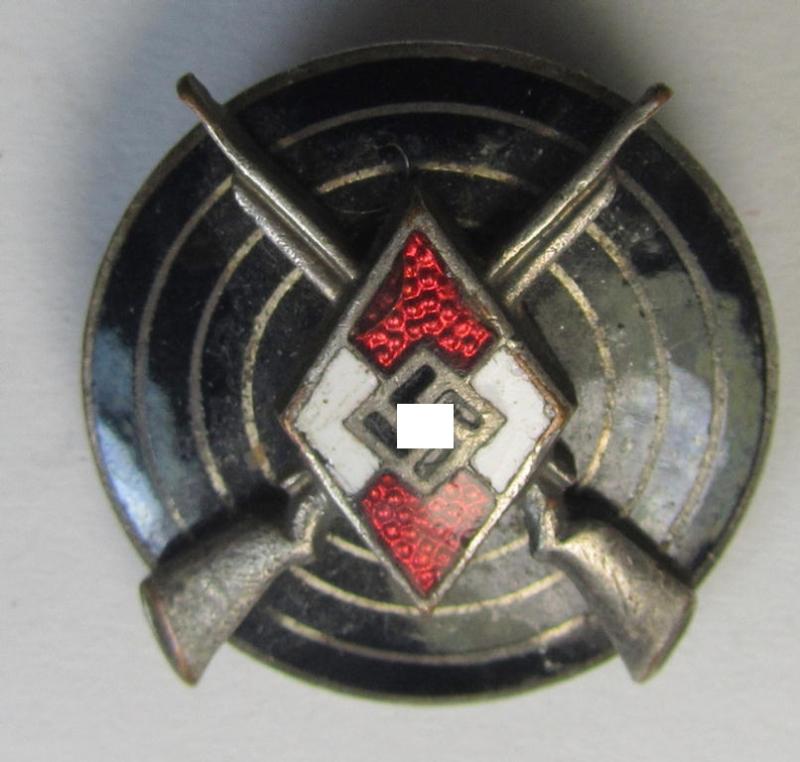 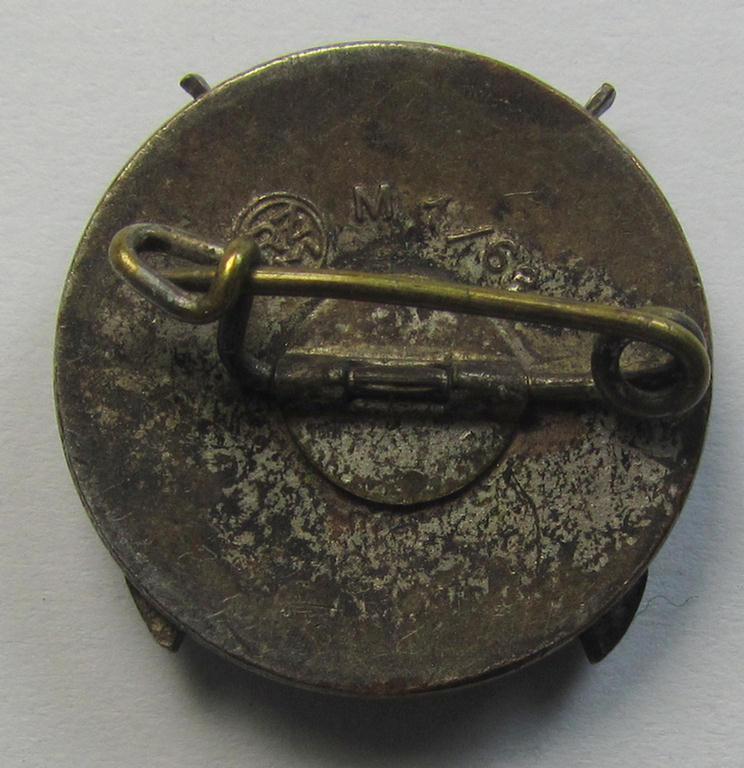 This is an attractive - and fully undamaged and (I deem) early- ie. even pre-war-period - example of a HJ ('Hitlerjugend') so-called: 'HJ-Schiessauszeichnung' (or: HJ shooting- ie. marksmans'-badge) being a nicely maker- (ie. 'RzM - M1/63'-) marked example that comes in an overall nice- (I deem issued- and/or just moderately worn-), condition. The somewhat smaller-sized badge (which is equally sized as an N.S.D.A.P.-membership lapel-pin) is as stated above, neatly marked on its back as stated above. The lapel-pin was never cleaned (some age ie. staining is present) but the piece truly shows no enamel-damage whatsoever (it was most certainly never cleaned nor polished and shows just a minimally tarnished, silver-coloured finish as can be seen on the pictures). The badge comes naturally mounted onto its fully functional and unaltered pin- (ie. pin-catch-) set-up. The piece originates from a German private-household where it was recently found and was never before part of any collection. Simply a neat - and actually not that often seen! - youth-related item: hard to find a better and more nicely preserved example for a more interesting price!