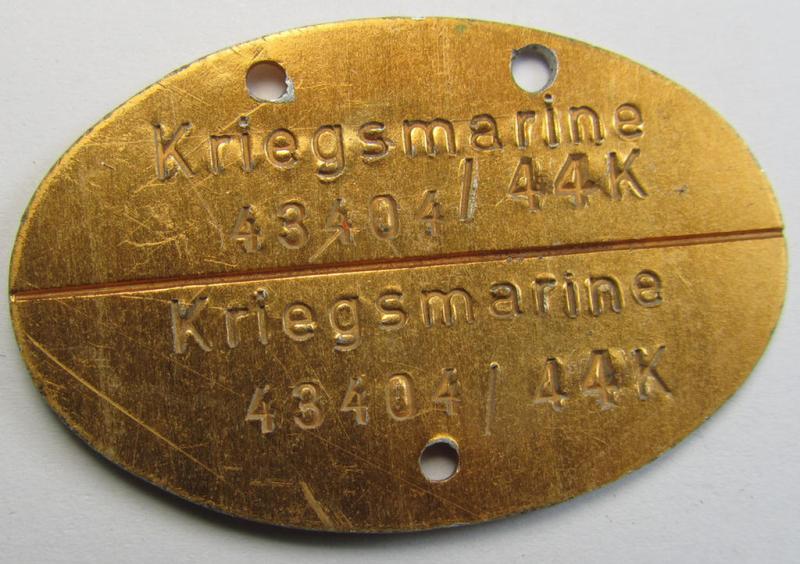 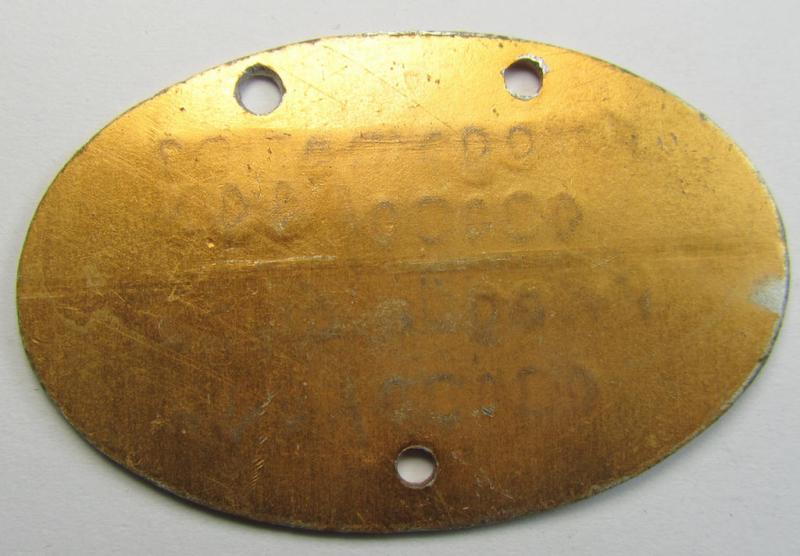 The neat ID-disc - which is I deem of a later-war-period pattern - bears the engraved coded numeral ie. text that simply reads: 'Kriegsmarine 43404/44K' and that comes in an overall nice- (albeit moderately used- ie. worn-), condition. The ID-disc does show some regular wear (it shows somewhat torn-out holes and obvious scratches and/or fair wear). It was, however, never cleaned nor polished and is still a bit dirty: the truly 'bright-coloured'- and frosted golden-bronze toned finish is, however, still nicely- (ie. almost fully-) preserved. The number '44' almost certainly signifies the year of enlistment (1944). It should be noted that these 'standard-pattern' and truly decorative KM-related ID-discs (ie. 'Erkennungsmarken') are actually not that easily encountered. Simply an attractive, later-war-pattern albeit clearly used- and/or worn naval-example that would most certainly merit further investigative work!