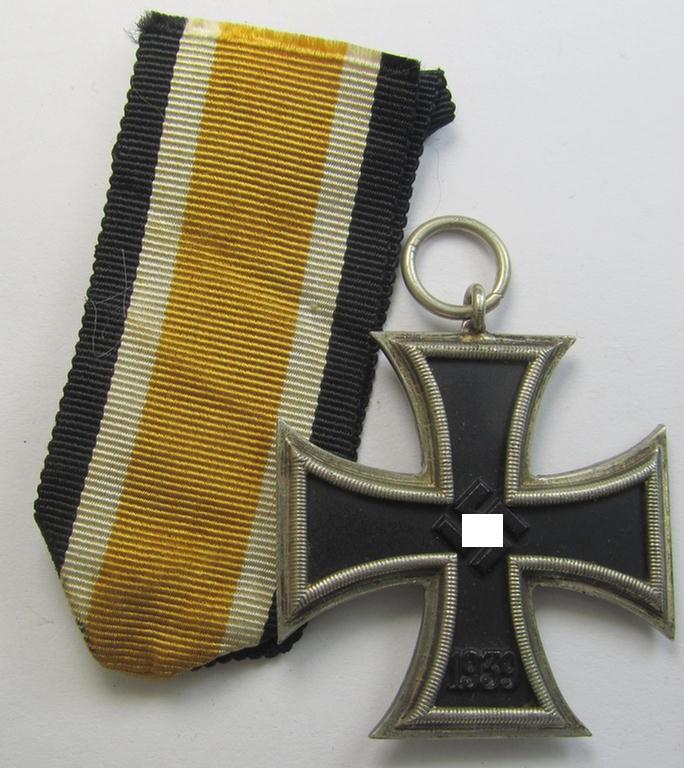 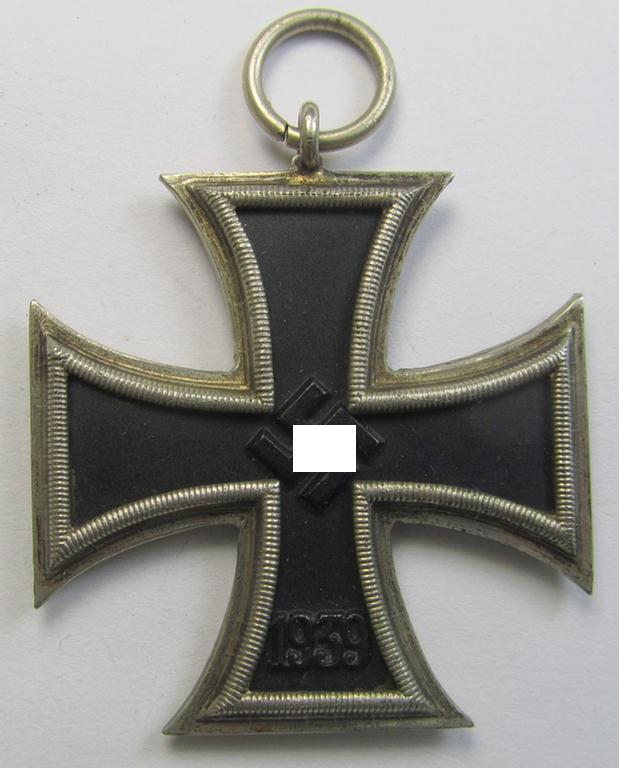 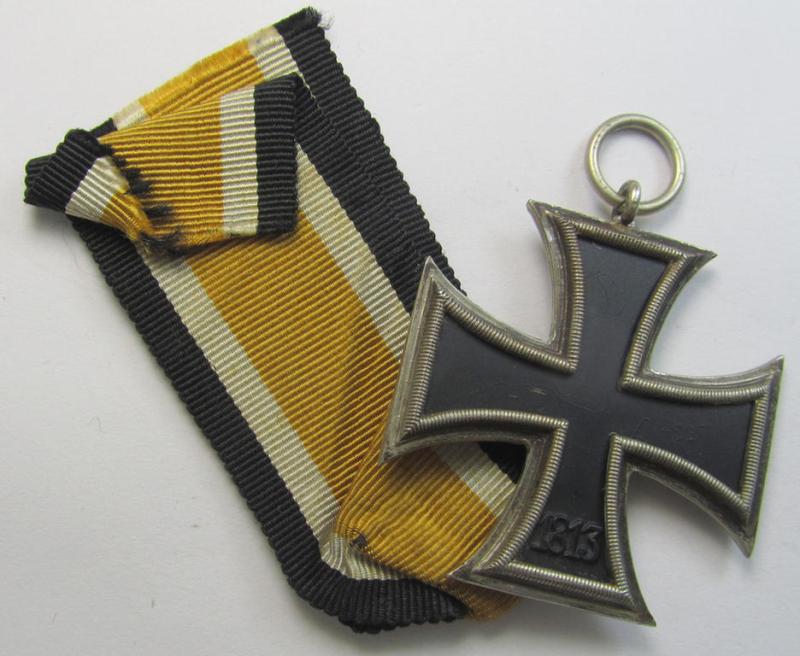 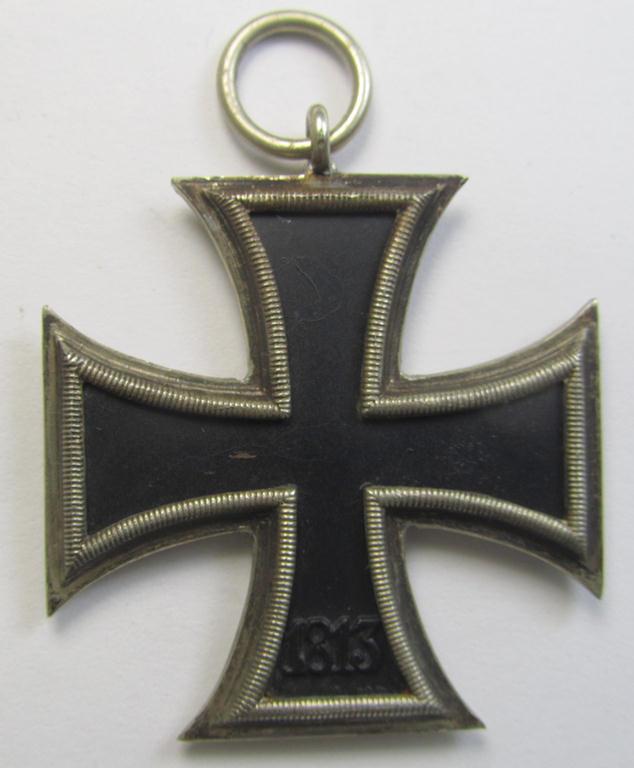 Stunning, 'Eisernes Kreuz 2. Klasse' (or: iron cross 2nd class) being an early-period, non-maker-marked- and/or magnetic specimen as was executed in the so-called: 'Schinkel'-pattern by (I deem) the maker: 'W. Deumer'

The attractive - and with certainty early-war-period! - award comes together with its folded and confectioned (and approx. 16 cms. long-sized- and truly orange-coloured- ie. non-faded) ribbon (ie. 'Bandabschnitt'). The cross - which is void of any makers'-signification as is more often encountered - has never been cleaned nor polished and retains a very nice and attractive age-patina (the piece truly retains some of its so-called: 'hochpolierte Kanten' or: polished sides) as can be seen on the pictures. The cross shows a very nicely preserved, black-finished core that is void of any real damage or alike (no paint-loss is noticable as can be seen on the pictures). It does, moreover, show some dirt- ie. dust but has truly retained pronounced detail. The differences between a 'Schinkel'-form cross - which is in fact a smaller variant as mounted in a WWI-period IC-rim - and a regular type IC can easily be spotted when compared next to a regular format IC. The cross a typical magnetic example that was (I deem) produced by the: 'Wilhelm Deumer'-company. It should be noted that these early-type 'Schinkel'-ICs can easily be graded 'fairly scarce' even more so when they are of the non-magnetic-pattern and come with their period (orange-toned ribbon as found. Simply a great 'Deumer' so-called: 'Schinkel'-IC that will be hard to be upgraded!