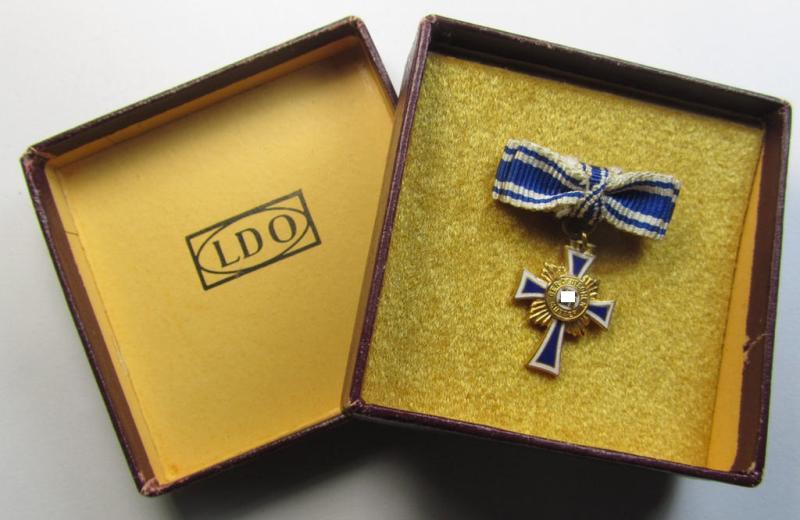 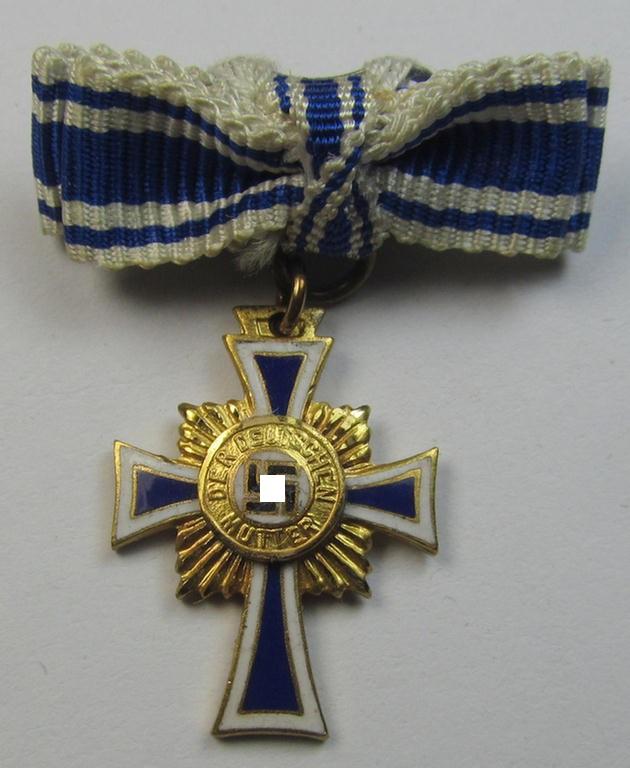 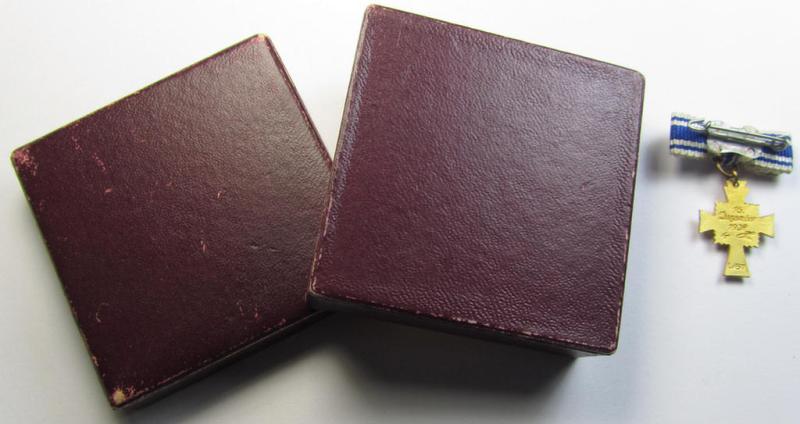 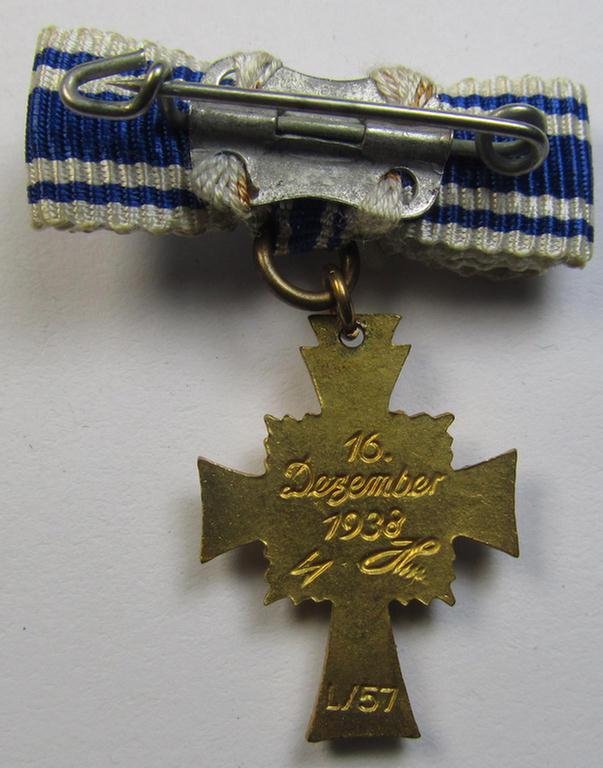 This is a very attractive - and with certainty very desirable! - miniature of an: 'Ehrenkreuz der deutschen Mutter - erste Stufe' (or: golden-class mothers'-cross) being a clearly maker- (ie. 'L/57'- or: 'Boerger & Co.'-) marked example that comes stored in its period, generic-styled, bordeaux-red-coloured- and/or 'LDO'-marked etui (ie. two-pieced-box) and that comes in an in overall very nice- (albeit clearly issued ie. minimally used- ie. worn-), condition. The small-sized medal has truly no enamel damage whatsoever and comes in a nice condition overall: it shows the to be expected motto on its back which reads: '16 December 1938 - Adolf Hitler'. The bright-golden-toned finish is just a tiny bit tarnished, but the piece has never been cleaned nor polished. The small badge (having an approximate height of only: 2 cms.) shows great, pronounced detail: just like its larger- ie. 'regular'-sized counterparts. The miniature comes mounted onto its original safety-pin-attachment, fitted for easy attaching it to a dress (or even uniform). It came stored in a 4,3 x 4,3 cms.-sized etui (which is as stated a bordeaux-red-coloured, 'LDO'-marked and/or carton-based, so-called: 'generic-styled' etui ie. two-pieced box (that shows no symbol on its top). This box shows a yellowish-beige-coloured and 'velvet-like' interior ie. inlay (as can be seen on the pictures). The neat miniature shows an: 'L/57'-makers'-designation (denoting that the set was produced by the maker- ie. 'Hersteller' named: 'Boerger & Co.' as was based in the town of Berlin). The set was recently found at a German private-household and was never before in collectors'-hands. Simply a nice occasion to acquire a complete: 'Ehrenkreuz der Deutschen Mutter in Gold'-miniature that comes stored in its (truly scarcely seen!) generic-styled, 'LDO'-marked 'etui'!