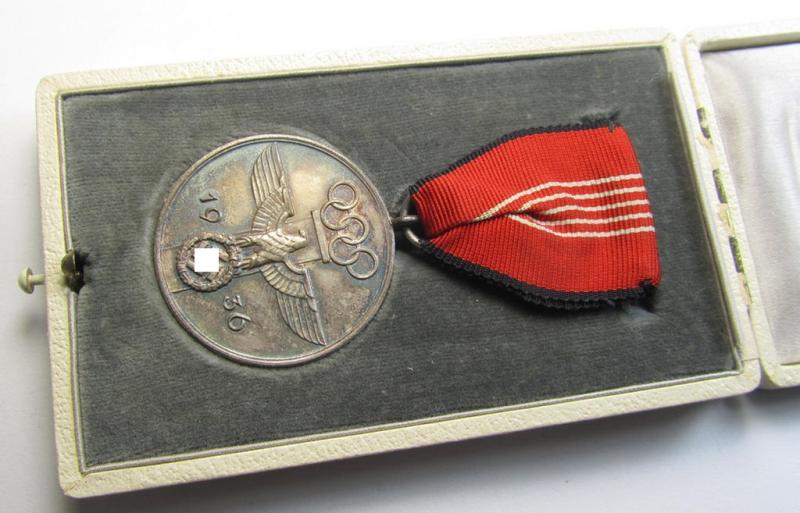 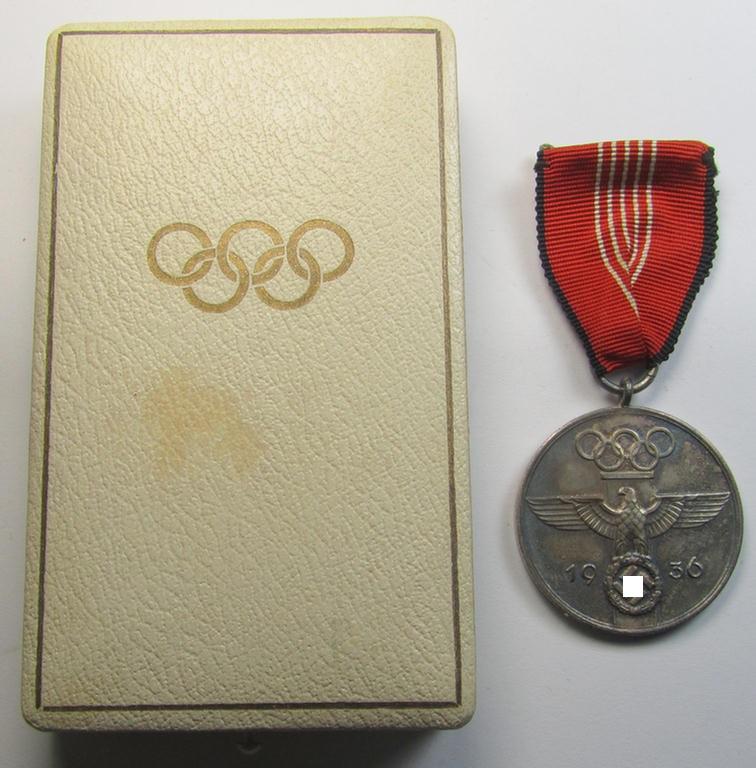 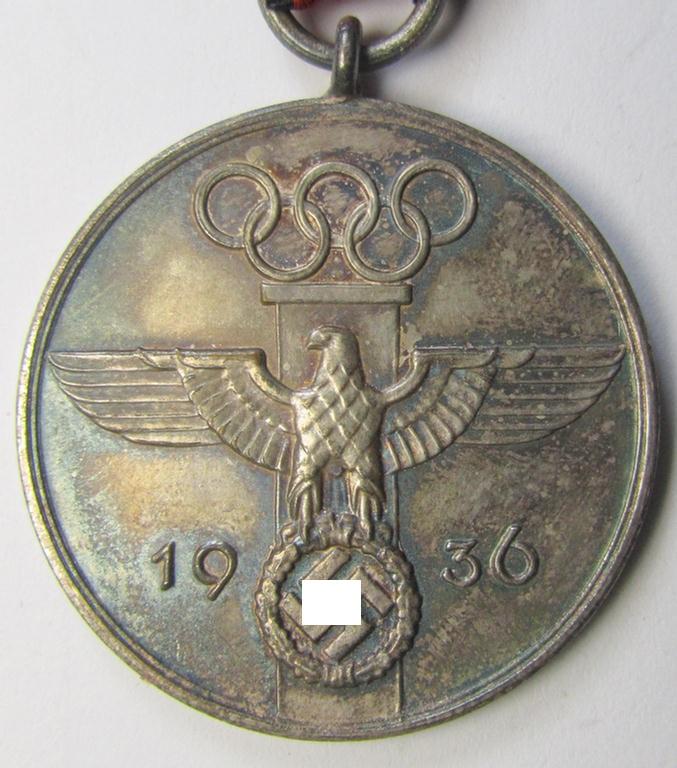 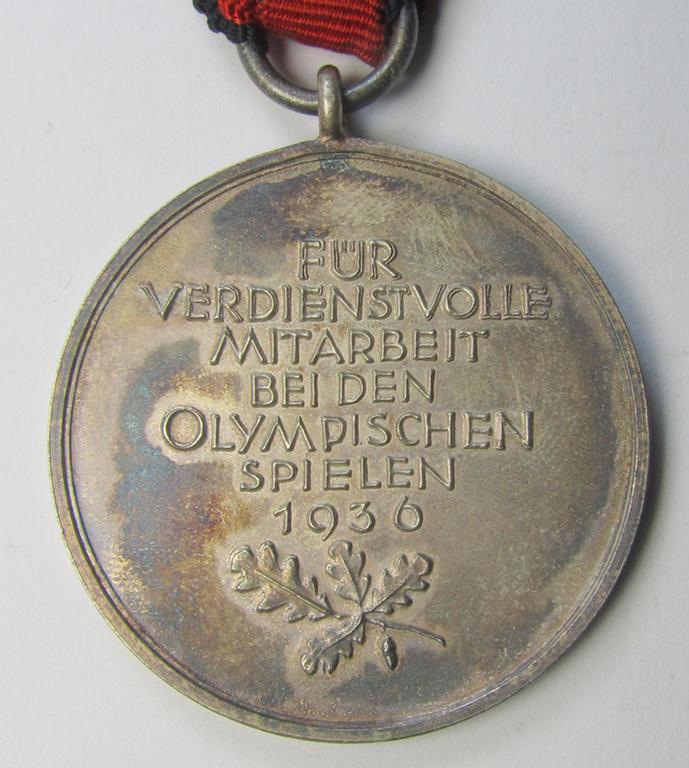 Superb, 'Deutsche Olympia-Erinnerungsmedaille 1936' being a non-maker-marked example that comes mounted onto its original ribbon (ie. 'Bandabschnitt') and that comes stored in its typical, beige-white-coloured etui as issued and stored for decades

This is a truly attractive example of a so-called: 'Deutsche Olympia-Erinnerungsmedaille 1936' (or: Berlin Olympic Games 1936 commemorative-medal) being a non-maker-marked example (as always) that comes mounted onto its original, bright-red-coloured ribbon (ie. 'Bandabschnitt') and that comes stored in its typical, beige-white-coloured etui as issued and/or stored for decades. The award is an attractive (ie. truly detailed- and pronounced!) piece that retains most (ie. all!) of its its period-applied, somewhat 'tarnished', silver-coloured finish: it also retains some of its: 'hochpolierte Kanten' (or polished sides) but is a tiny bit stained (it has never been cleaned nor polished). It comes mounted onto its bright-red-coloured ribbon which still has its period- (silver-toned-) attachment-pin in place as was intended for wearing the medal on a tunic. The medal came stored in its original, beige-white-coloured etui that shows a fully preserved golden-toned, 'olympic-rings'-symbol on its front and that has a fully preserved (greyish-blue-coloured) velvet-based inlay (as can be seen on the pictures). Simply a very attractive example that will be hard to be upgraded: I deem that I have priced this attractive medal-set accordingly!