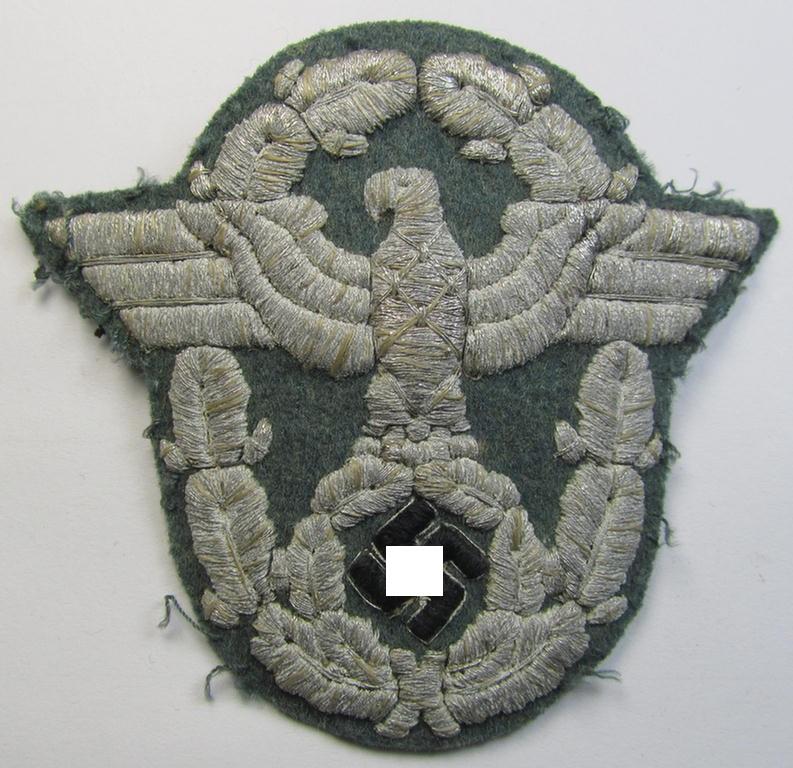 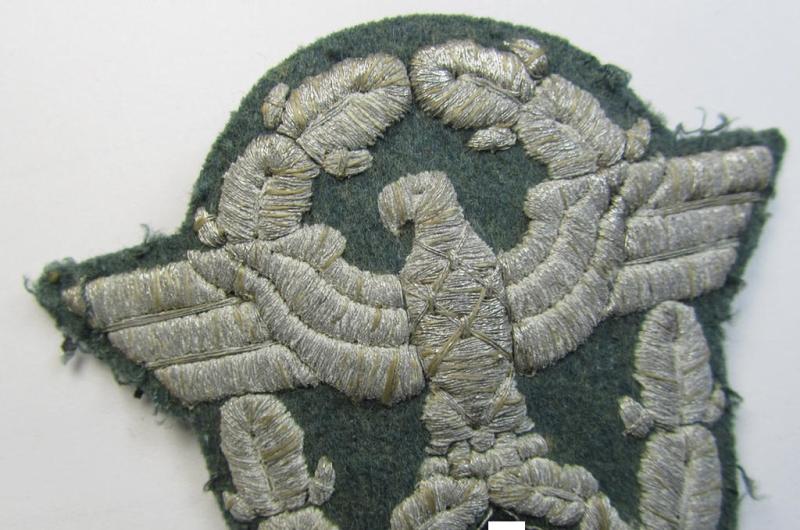 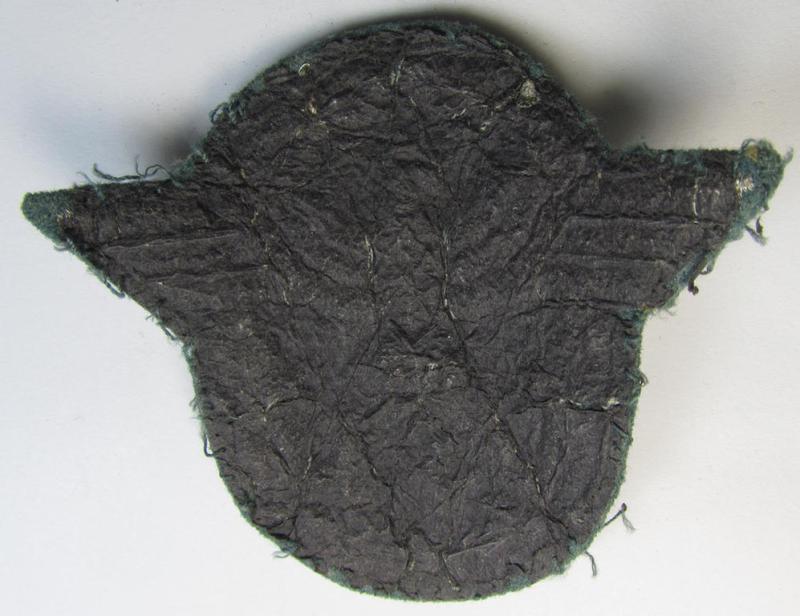 This is an attractive - truly worn but nevertheless fairly scarcely encountered! - (I deem) neatly hand-embroidered example of an officers'-pattern, so-called: 'Polizei' (ie. police) arm-eagle (ie. 'Ärmeldadler für Offiziere der Polizei') as was worn on the various reed-green-coloured, officers'-pattern 'Polizei'-tunics and that comes in an overall nice- (albeit clearly used- and/or carefully tunic-removed-), condition. The eagle - which truly shows great pronounced detail! - is a neat example of the 'high-standard' of the (partly) hand-embroidery used in the period: the craftmanship is simply stunning and/or very pronounced (as can be seen on the pictures). The piece - which is neatly hand-embroidered with various kinds of (bright!) silverish-grey-coloured braid on a typical police-green-coloured- and woolen-based (officers'-pattern) background - is additionally 'backed' with a piece of thin-shaped- and black-coloured 'backing-paper' as is more often encountered (as can be seen on the pictures). The eagle shows as stated above some minimal wear and/or age and still shows some of the stitching-remains (ie. holes) with which it was once tunic-attached. Simply an attractive - and surely decorative! - 'Polizei'-related item that is priced according to its truly used- and/or worn condition!