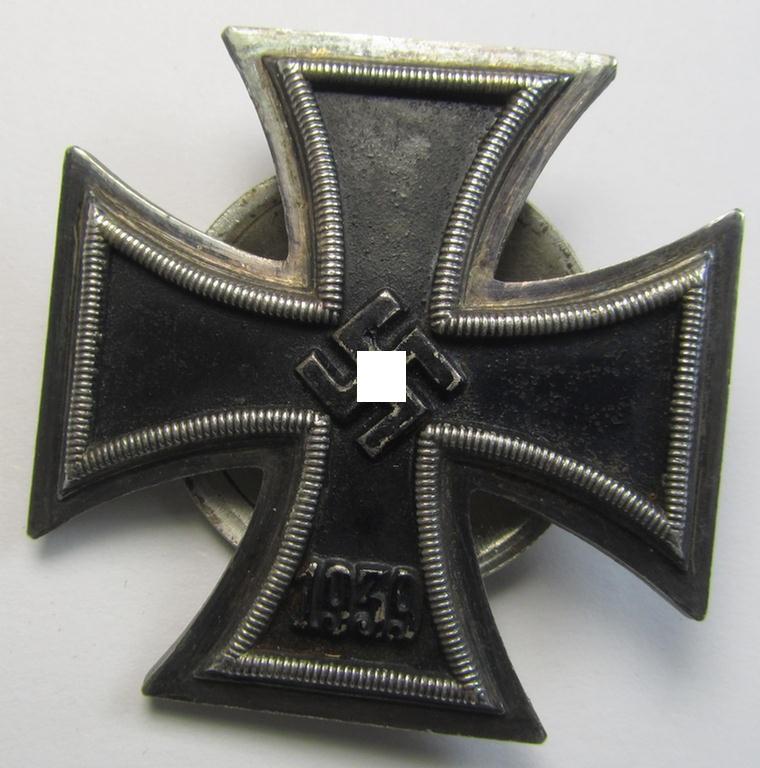 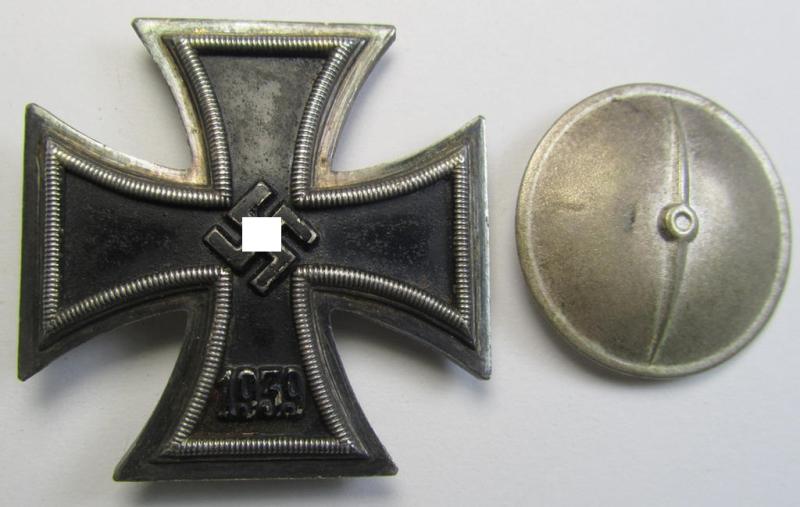 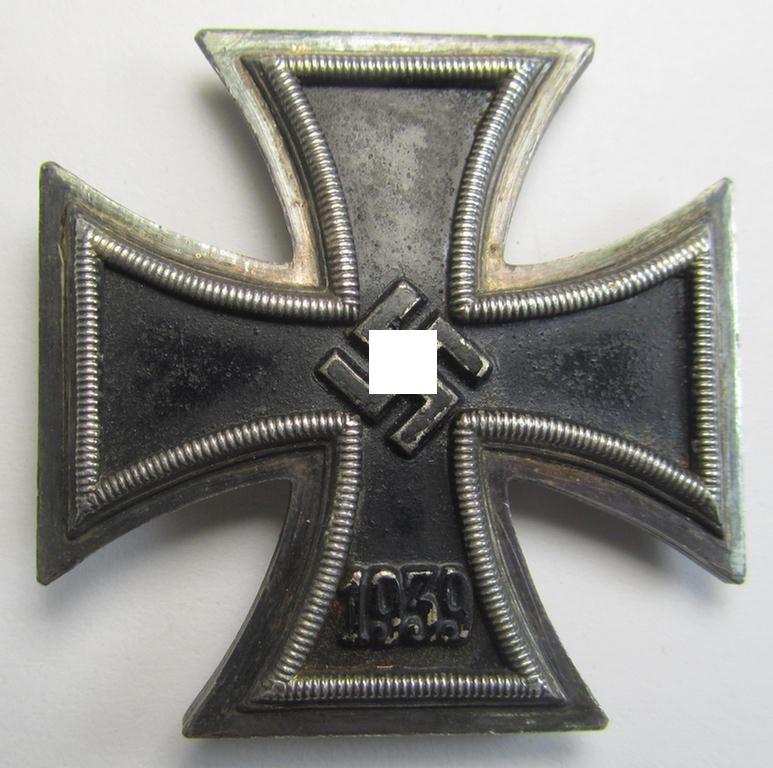 Superb, Iron Cross 1st class (or: 'Eisernes Kreuz 1. Klasse') being a moderately used- (albeit non-maker-marked) example that comes mounted onto its typical 'Schraubscheibe' as was produced by the: 'E.F. Wiedmann'-company

The truly attractive - and actually not that easily found cross - which is a minimally-vaulted ie. converse-shaped example as is more often encountered - has I deem never been cleaned and retains an overall nice- (albeit somewhat tarnished-) age-patina and/or great pronounced detail. This example - which is a magnetic example as more often seen - comes mounted onto its original (and naturally fully functional!) typical so-called: 'regular'-type, 'Schraubscheibe' (as can be seen on the pictures). The cross - which shows a nicely preserved, 'blackened'- and/or fairly 'satin-like'- ie. somewhat 'shiny'-like 'inner-core' - shows moderate wear- and/or age but is void of any real damage: it retains a very nice appearance and just shows some paint-damage within the swastika-area (as can be seen on the pictures). It is, moreover, just a bit dirty and tarnished simply caused by years of storage and/or moderate wear but retains a great unmessed-with and/or uncleaned, age-patina. The IC on offer here is a typical (early-war-period!) example that was (I deem) produced by the: 'E. Ferd. Wiedmann'-company based in the town of Frankfurt various details further corroborate this. Simply an attractive IC-first-class that comes mounted onto its typical 'Schraubscheibe' and that was recently uncovered at a private-household and that was never before in a collection: I deem that I have priced this very attractive 'E.Ferd. Wiedmann'-example accordingly!