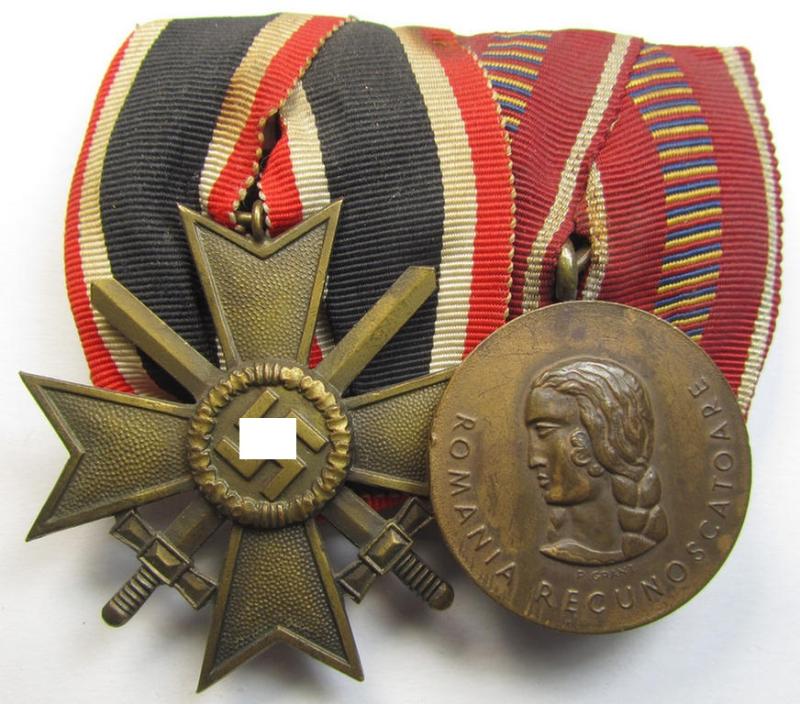 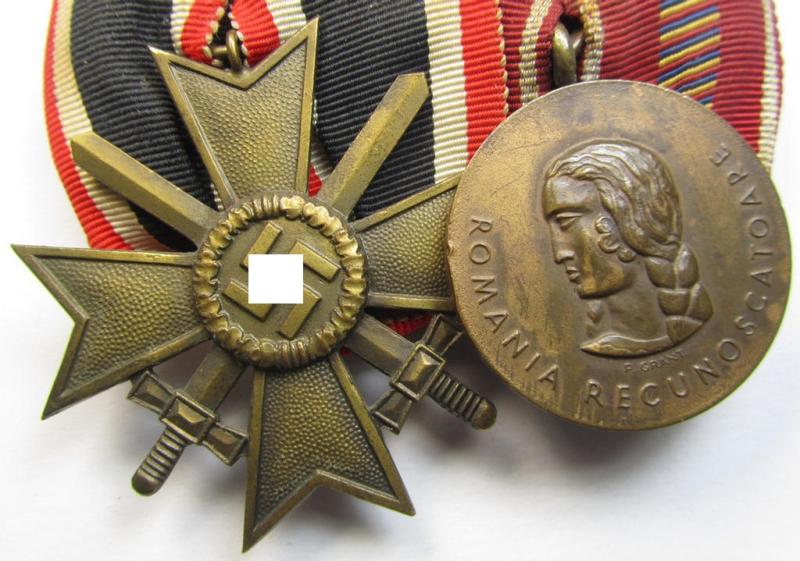 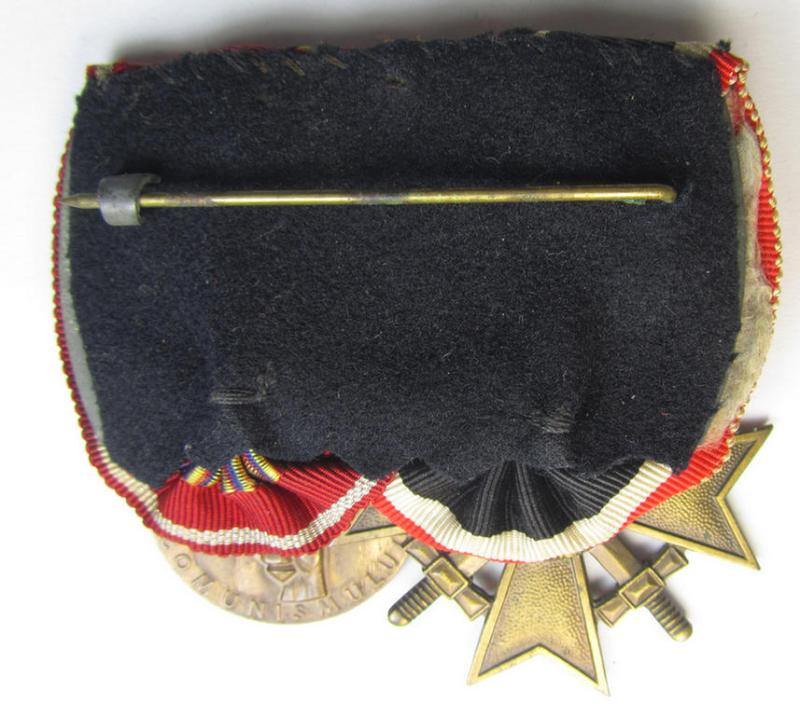 This is a very attractive - and I deem just minimally used- and/or worn but nevertheless in this combination very scarcely encountered! - example of a WWII-period, so-called: 'Doppelspange' (ie. medal-bar) being of the non 'non-detachable-pattern' that is showing respectively a: 'Kriegsverdienstkreuz 2. Klasse mit Schwertern' (or: War Merits' Cross second class with swords) and a medal: 'Kreuzzug gegen den Kommunismus' (or in Romanian language: 'Medalia - Crusiada Impotriva Communismului') and that comes as issued, moderately worn and/or recently found. The detail on both awards is truly stunning and nicely preserved: both awards have - I deem - never been cleaned nor polished and have both an attractive and/or minimally tarnished age-patina (as can be seen on the pictures). The KvK is an acttractive and/or typical 'Buntmetall'-based specimen. The Romanian medal is equally nicely preserved. The bar - which is of the 'non-detachable'-construction - is just a tiny bit dusty and/or stained but was never cleaned nor polished (as can be seen on the pictures). Both awards - which show their nicely preserved, period ribbons - come both 'period-mounted' onto a 'clasp' that is neatly 'backed' with a piece of black-coloured wool (and that shows a functional pin- ie. catch-set-up) as was intended for wearing this example on a 'going-out'- ie. dress-tunic or 'Waffenrock'. Simply a very attractive WWI-period, 'Doppelspange' with a very unusually seen combination and that is with certainty accordingly priced!