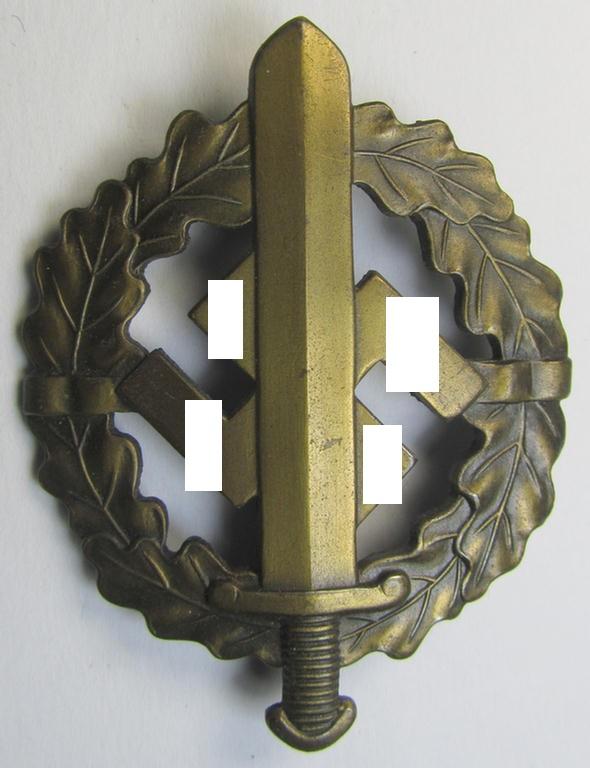 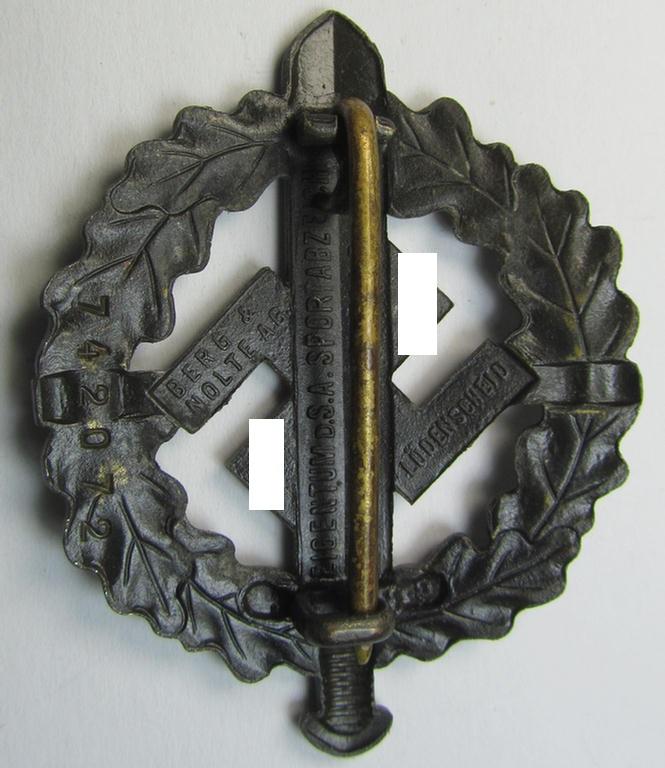 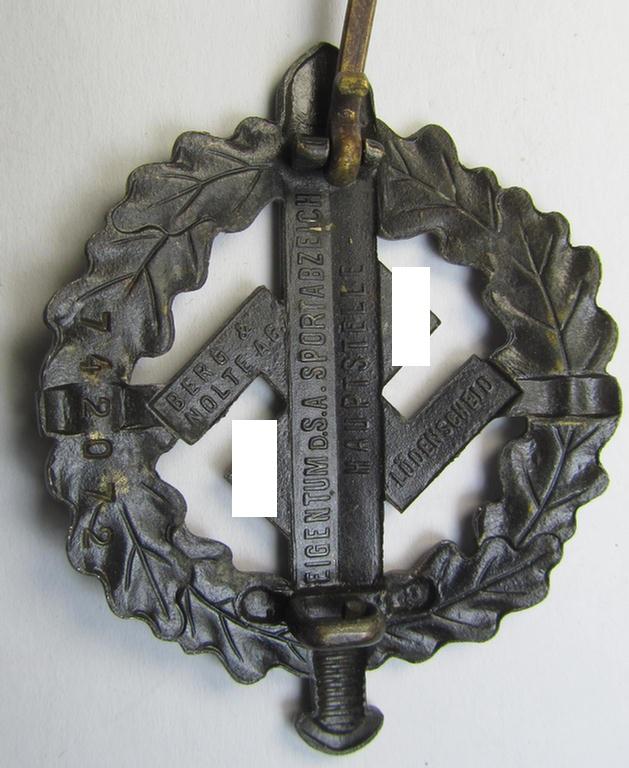 Superb, early- (ie. mid-) war-period example of an: 'SA-Sportabzeichen in Bronze' being a very detailed and maker- (ie. 'Berg u. Nolte'-) marked example that shows an impressed bearers'-number (that reads: '742072')

The very attractive - and I deem fairly early- (ie. eventually pre-) war-period - so-called: SA-sports-badge (or: 'SA-Sportabzeichen in Bronze') is as stated nicely maker-marked on its back with the makers'-designation: 'Berg u. Nolte - Lüdenscheid' and also bears the usually encountered inscription: 'Eigentum d. SA Sportabzeichen Hauptstelle' (as is visible on the back of the sword as always). The badge - which comes naturally mounted onto its functional- and fully unaltered pin- (ie. catch-) set-up - only shows some minimal wear and age but was never cleaned nor polished: the original- and/or (fairly dark-coloured- and truly golden-bronze-toned-) finish is almost fully present and/or neatly preserved (as can be seen on the pictures). Moreover, does this example retains most of its period-applied shiny finish (ie. 'Brennlack'). The badge is just a tiny bit stained ie. dirty caused by minimal wear and/or decades of storage. Simply a very attractive (and 'numbered'!) example that will be very hard to be upgraded and that is with certainty accordingly priced!