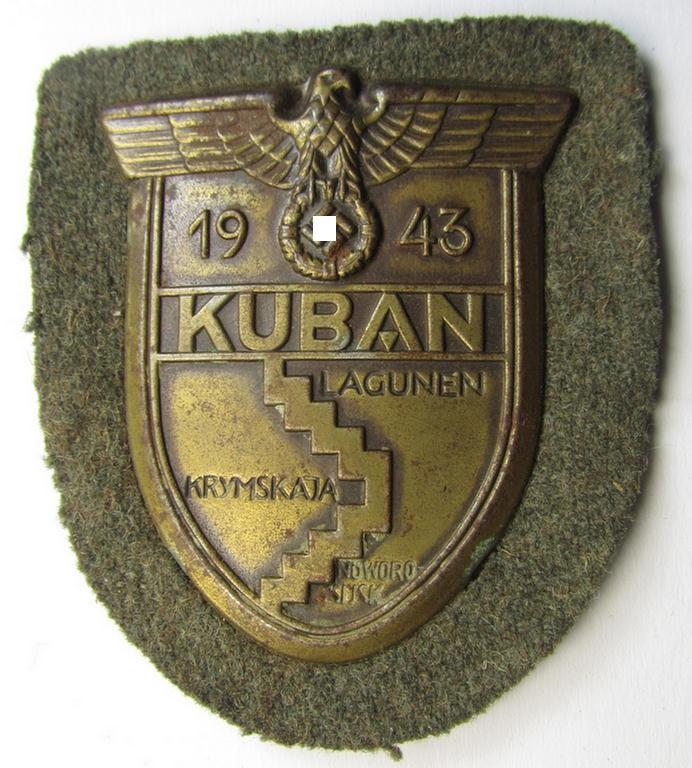 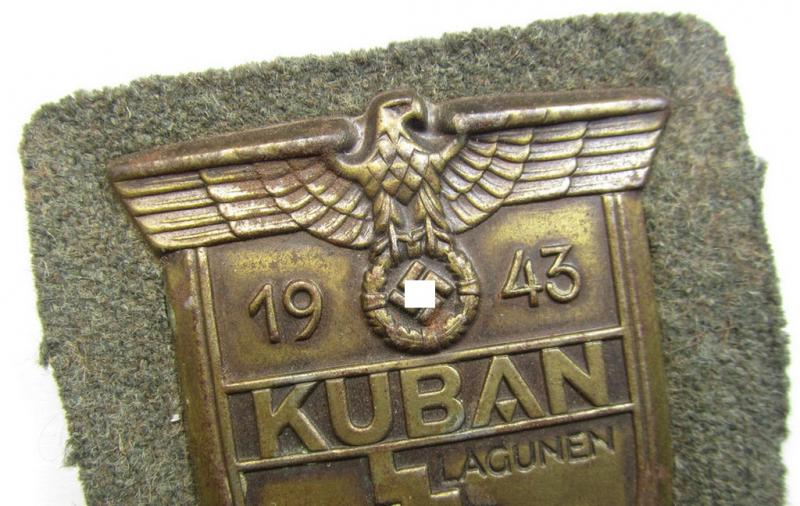 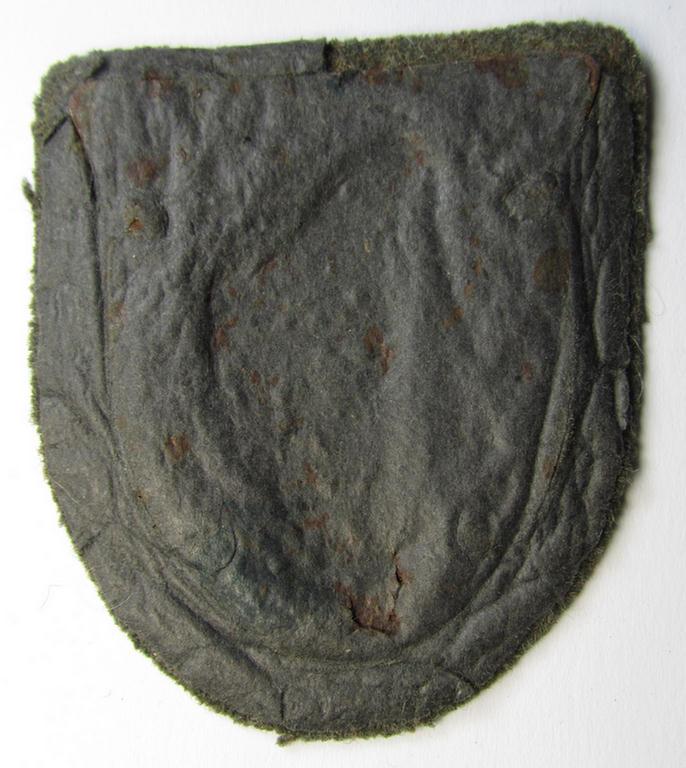 This is a truly attractive - and in this presumably issued albeit never worn- nor used condition actually scarcely encountered! - WH (Heeres ie. Waffen-SS) so-called: 'Kuban'-campaign-shield that comes mounted onto its original, field-grey-coloured- and/or woolen-based 'backing' and that comes in an overall very nice (ie. I deem issued albeit never used nor once tunic-attached-) condition. The - highly detailed and/or pronounced! - shield comes naturally complete with its original metal-based 'back-plate' and still retains all four of its original prongs (being attached to the sides of the shield as more often encountered with original 'Kuban'-campaign-shields as can be seen on the pictures). The piece sill retains its black-coloured- and thin-shaped, paper-based 'backing-cover' (as can be seen on the pictures). This example has stunning detail and truly retains almost all of its somewhat glossy appearance and retains a fair bit of its 'Brennlack'-type surface (showing some darkened tarnish) and has never been cleaned nor polished: it does show some minimal staining as is visible on the pictures). It should, however, be noted that these (original) 'Kuban'-campaign-shields are a bit underestimated in value and rarity: genuine - and nicely preserved! - examples of the 'Kuban'-shield are actually not that easily encountered. I deem that this attractive example is accordingly priced!