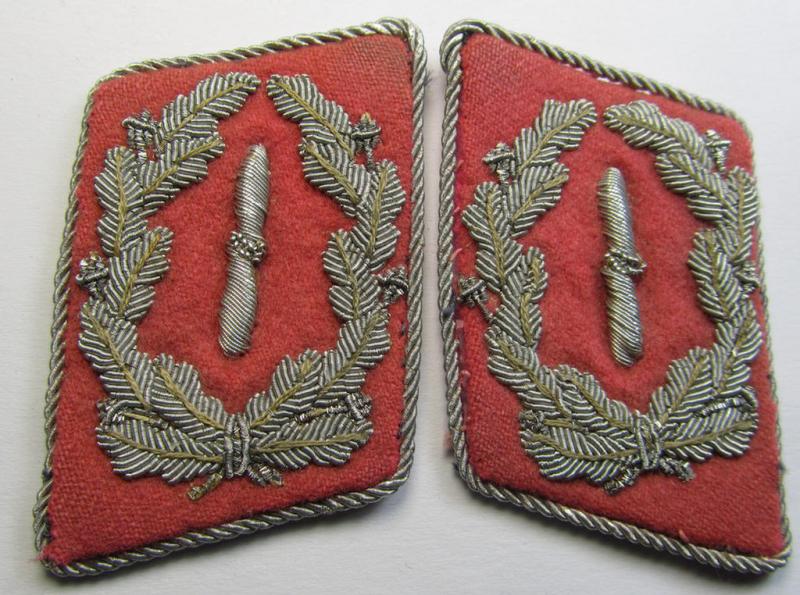 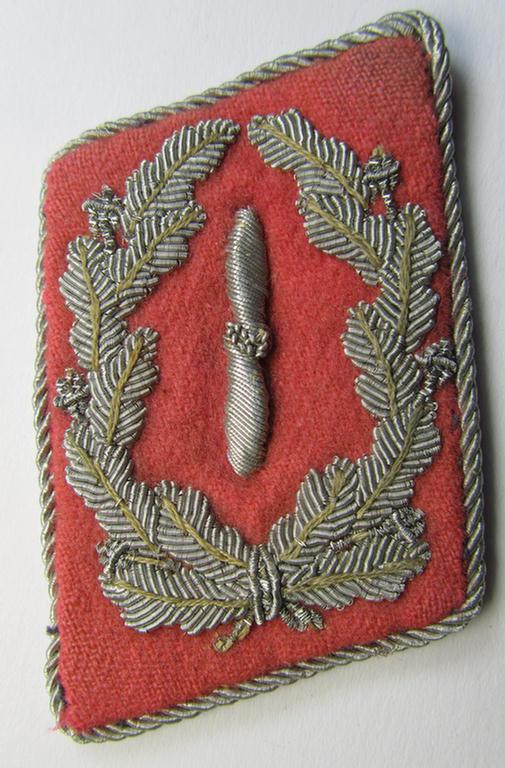 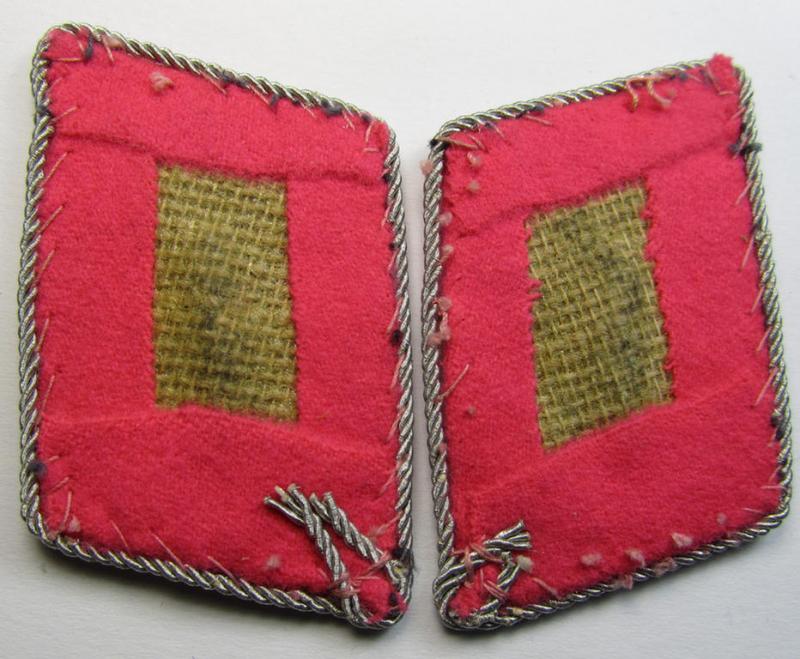 Fully matching - and actually scarcely encountered! - pair of WH (Luftwaffe) collar-tabs (ie. 'Kragenspiegel') as was intended for usage by a: 'Flieger-Stabsingenieur' (being a rank similar to: 'Major')

This is an attractive - fully matching and actually rarely encountered! - pair of neatly hand-embroidered, WH (Luftwaffe) collar-tabs (ie. 'Kragenspiegel für Offiziere der Luftwaffe') as executed on a (typical) bright-pink-coloured background, as was specifically intended for an officer holding the rank of: 'Flieger-Stabsingenieur' (being a rank similar to: 'Major') and that comes in an overall nice- (I deem just moderately used- ie. carefully tunic-removed-), condition. The tabs are executed in the neat smooth-like (ie. 'moleskin'-type) wool and have truly extraordinary detail: the shown craftmanship is simply stunning (as can be seen on the pictures). The backing is constructed of yellowish-brown-coloured, so-called 'buckram'-based cloth (as can be seen on the pictures). The pair just shows some minimal age- ie. staining simply caused by moderate wear and/or decades of storage only: moreover, do they shows some minimal thread-remains (as can be seen on the pictures). These 'pink-coloured'- (and higher-ranked!) LW-collar-tabs as intended for senior-staffmembers of the 'Ingenieurkorps der Luftwaffe' are quite hard to encounter and can easily be graded 'fairly rare'. This pair was found at a private-household in Germany and originated from a LW-Major and 'Ingenieur' who wore these insignia and stored these for decades. Simply a very attractive collar-tab-pair that belonged to a: 'Flieger-Stabsingenieur'!