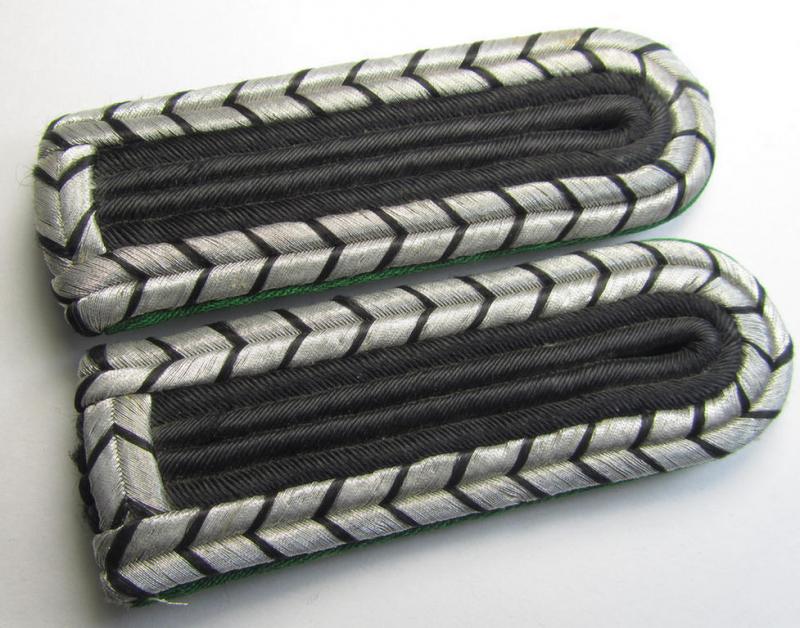 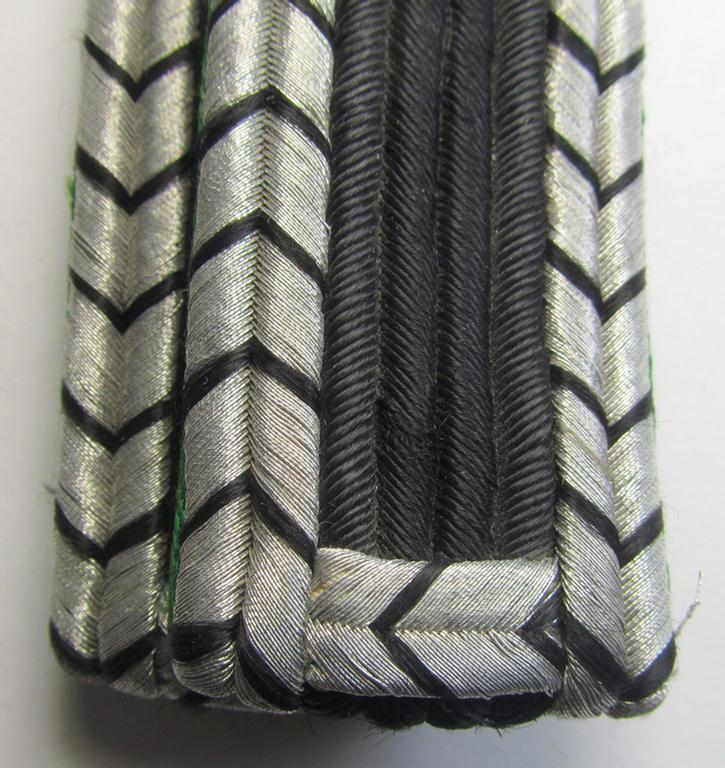 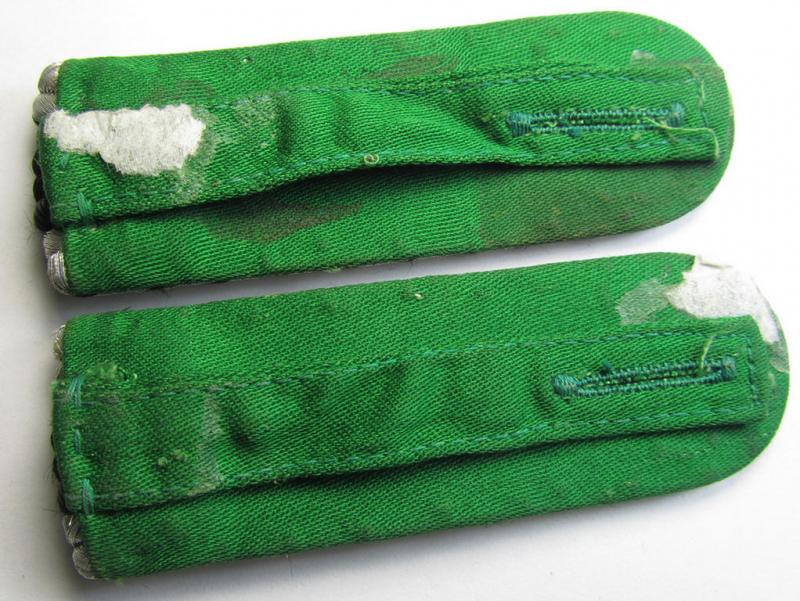 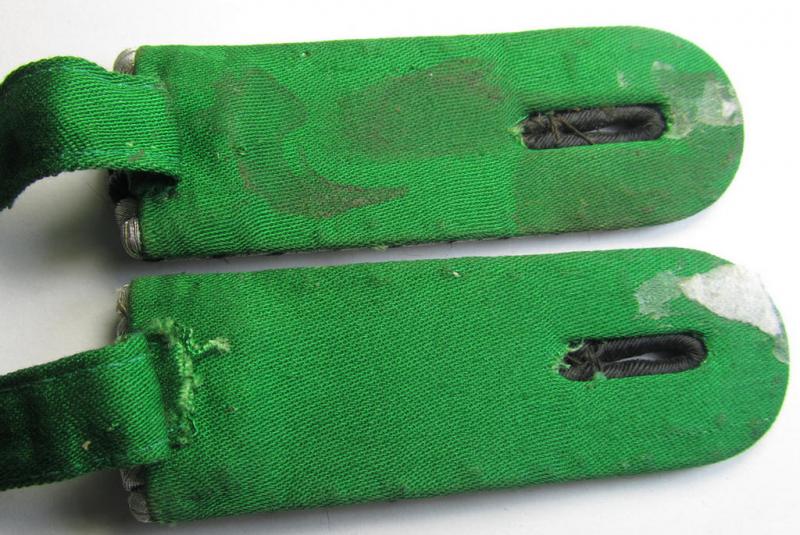 This is an attractive - and with certainty not that easily encountered! - fully matching albeit clearly used- and/or tunic-removed - pair of so-called: 'SS/SD'-related NCO-pattern shoulderboards (ie.: 'Schulterstücke für Unterführer im SD o. Sicherheitsdienst') as was used by an SD-official holding the rank of: 'SS-Scharführer' (or: sergeant) and that comes in an overall nice- (ie. clearly used- and/or once tunic-attached-), condition. The shoulderboards - which are constructed from bright-green- (ie. 'hellgrüner'-) coloured woolen-based cloth and having a black- ie. 'schwarzer'- (ie. NOT darker-brown-!) coloured, 'secondary upper-branchcolour' - come in a clearly used- and/or worn condition (as can be seen on the pictures). The fairly 'shiny' appearance of the 'upperdecks' is present and/or preserved (something that is to be expected with a 'Polizei'- ie. SD-related shoulderboard-pair). The boards are just a bit 'tarnished' and dirty caused by normal age and/or storage for decades (as can be seen on the pictures). The boards - which measure approximately 10,5 cms. in length each - came mounted onto their functional tongues: they were once glued into an album or scrap-book and do show some minimal glue- ie. carton-remains on their backs (as can be seen on the pictures). This particular shoulderboard-pair originates from a smaller 'SS/SD'-collection that I recently acquired. Simply an attractive pair of 'SS/SD'-related-insignia that is not that easily found: I deem that I have priced this attractive and truly used NCO-pair accordingly!