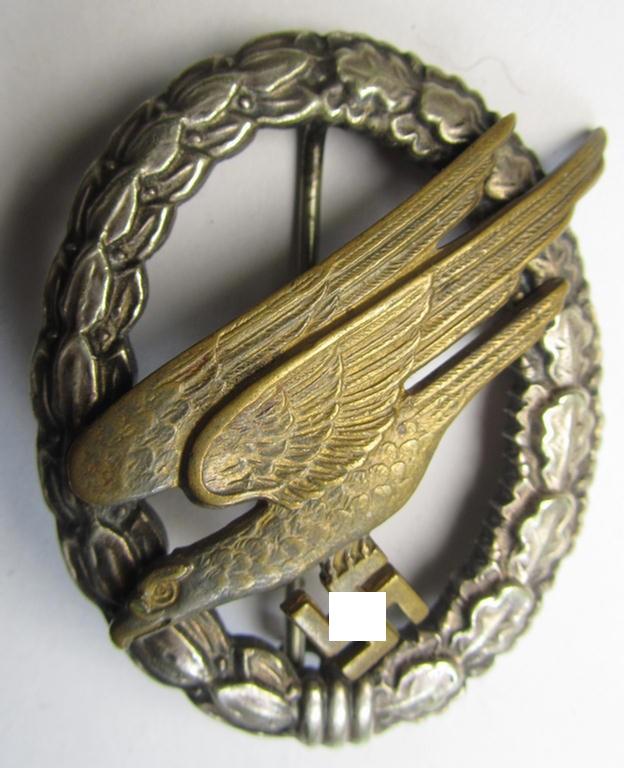 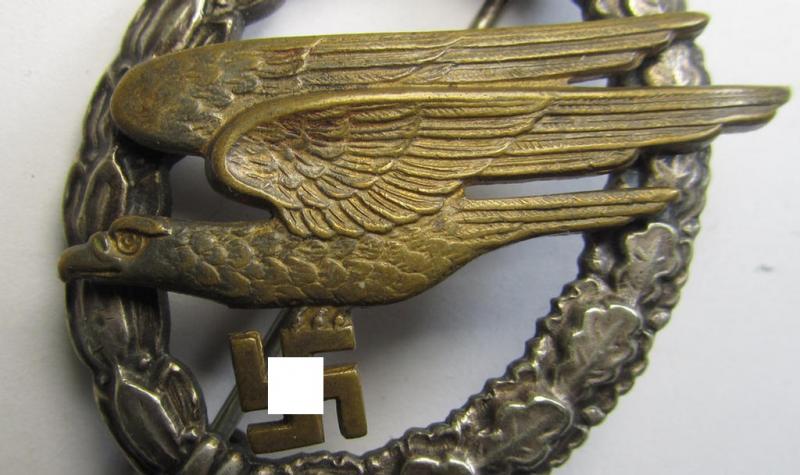 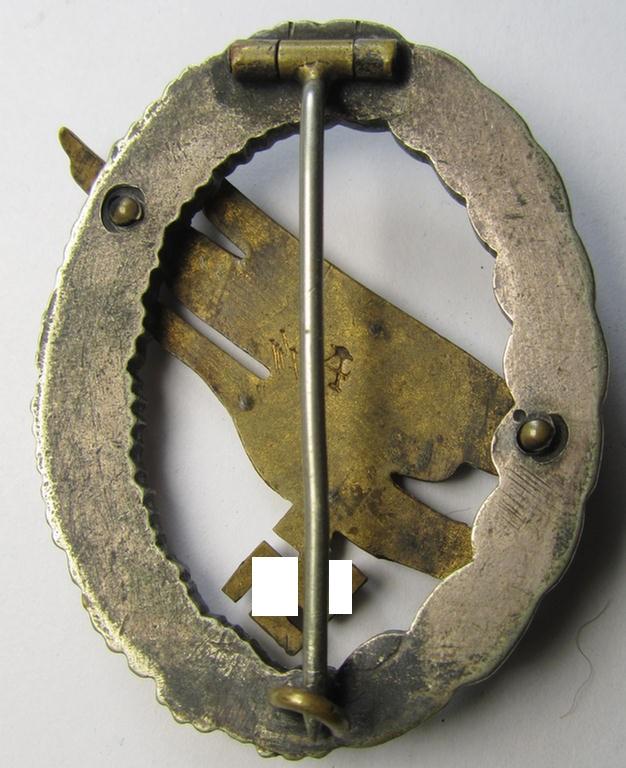 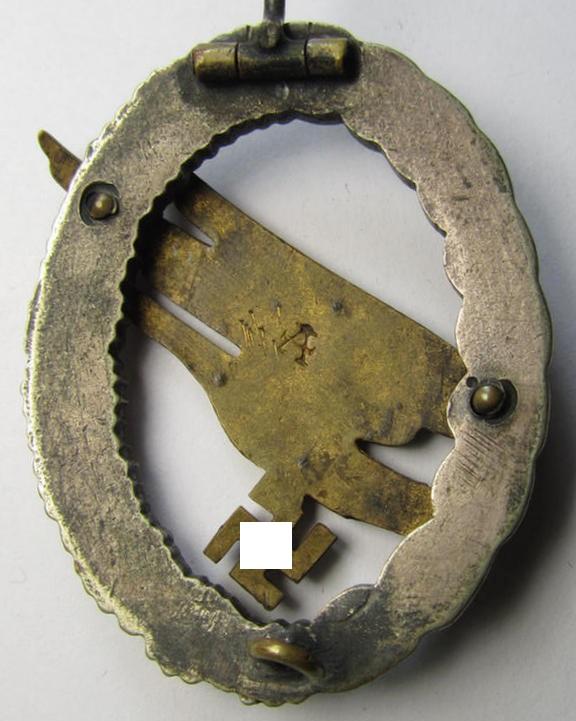 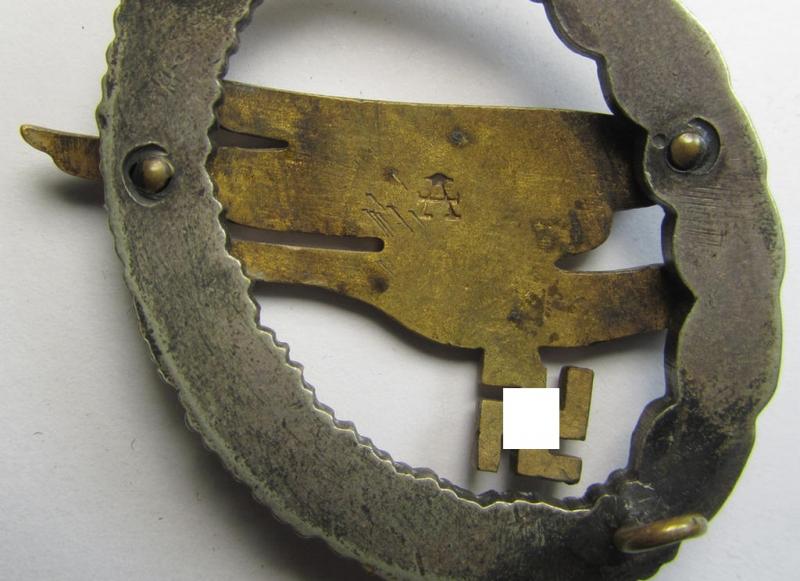 This is a very attractive - and - I deem - early-war-period and typical tombak- (ie. 'Buntmetall'-) based - specimen of a WH (Luftwaffe) 'Fallschirmschützen-Abzeichen' (or: paratroopers-war-badge) being a clearly maker- (ie. 'A'-) marked example that was produced by the desirable maker (ie. 'Hersteller') named: 'Assmann & Söhne' having a 'loose' (ie. riveted) bright-golden-coloured eagle-device originally-attached and that comes in an overall very nice- (albeit clearly used- ie. worn- but fully untouched-), condition. The neat and very detailed badge - which as stated above has just been moderately worn - comes naturally mounted onto its functional (and totally unaltered!) pin- ie. catch- (and/or pin-) set-up as can be seen on the pictures. These early-war-period badges show a 'loose' and/or detailed golden-coloured (and copper- ie. brass-based!) eagle-device attached (by means of two firmly attached rivets as is visible on the back of the badge). The badge truly retains a fair bit (ie. all) of its period golden-coloured finish but does show a somewhat tarnished age-patina as is more often encountered: moreover, is it quite dirty and stained. The badge shows a clearly impressed makers'-designation (ie. 'A'-logo) on its back and can with certainty be attributed to the desirable maker: 'Assmann & Söhne': various details on this badge fully corroborate this. The piece is still somewhat stained ie. dirty but has never been cleaned: it came straight from a private-household in Germany and was truly never before part of a collection. A similar example is also described in the excellent reference-book entitled: 'The German Luftwaffe & Heer Paratrooper Badges of World War II - 1936-1945' by Thomas M. Durante wherein this particular pattern is given the unique reference-designation: 'Assmann - Type E - nickle - thick wreath with brass eagle'-variant. Simply a very attractive - and garuanteed original! - tombak- (ie. 'Buntmetall'-) based 'Assmann & Söhne - Type E'-version of this desirable Luftwaffe-war-badge that is with certainty accordingly priced!