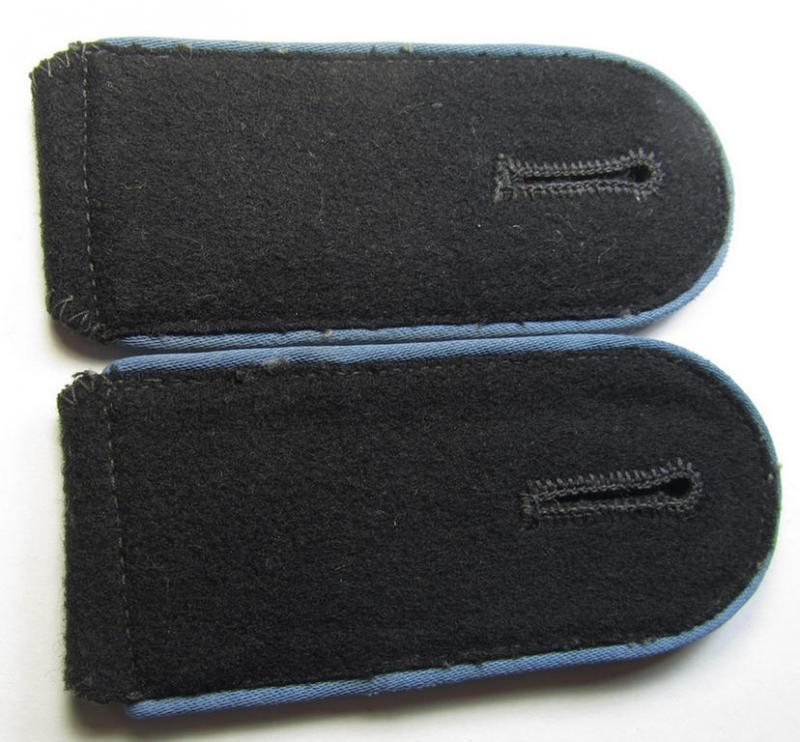 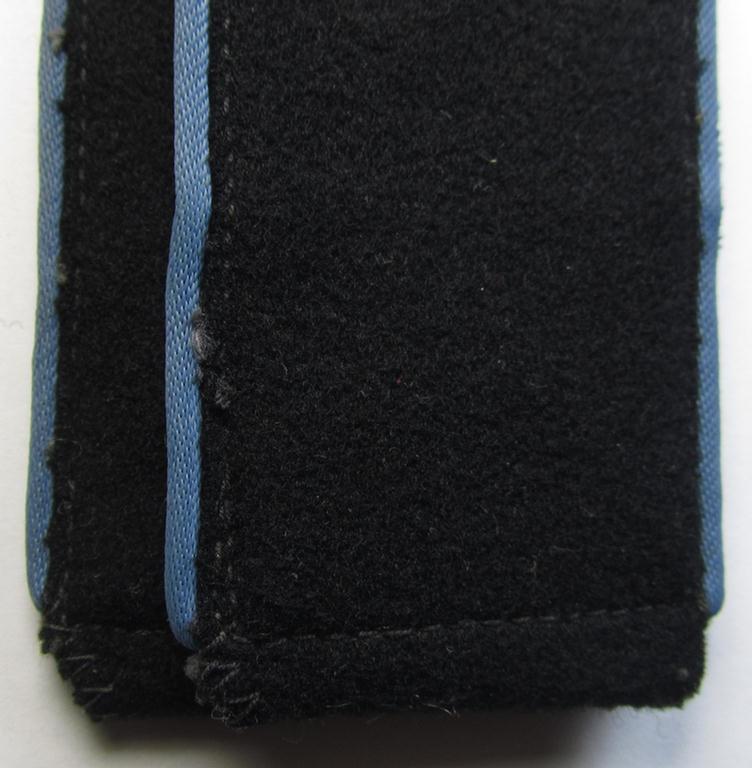 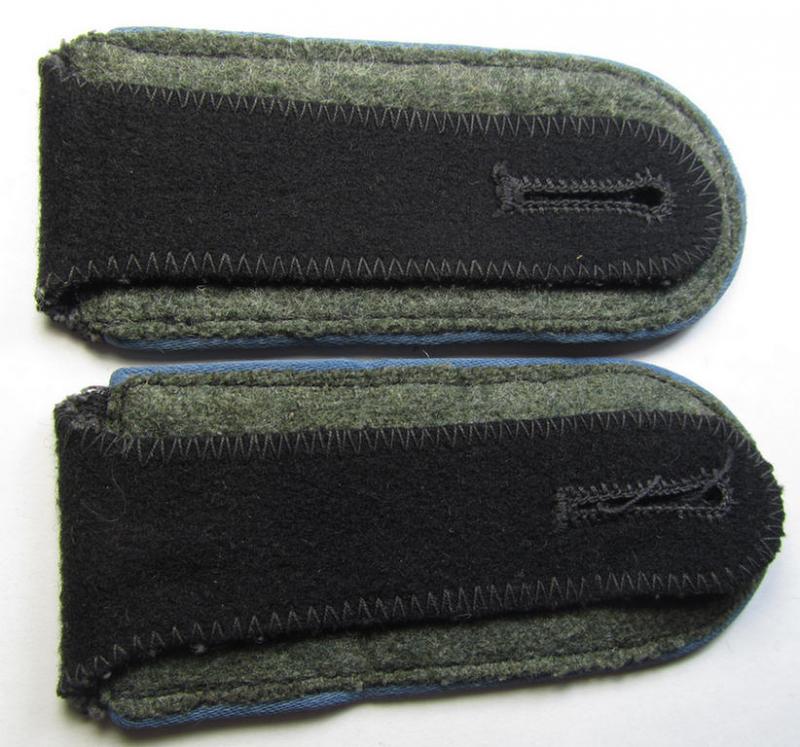 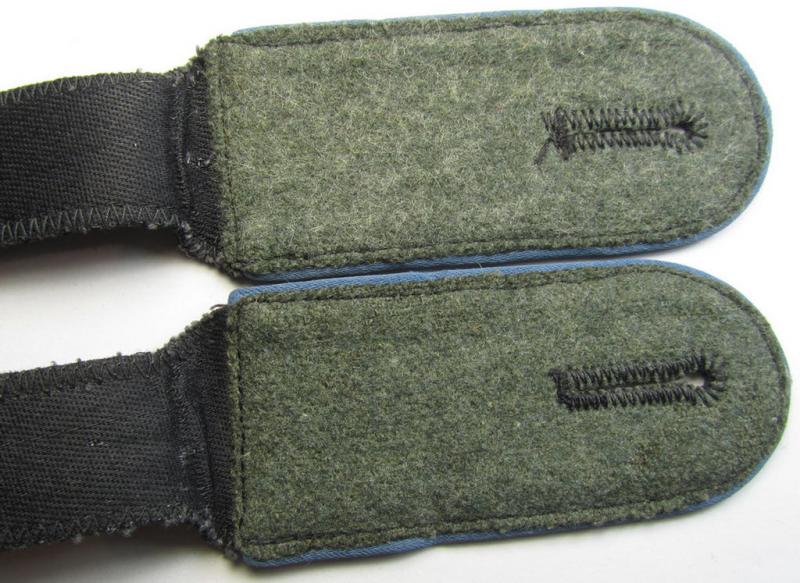 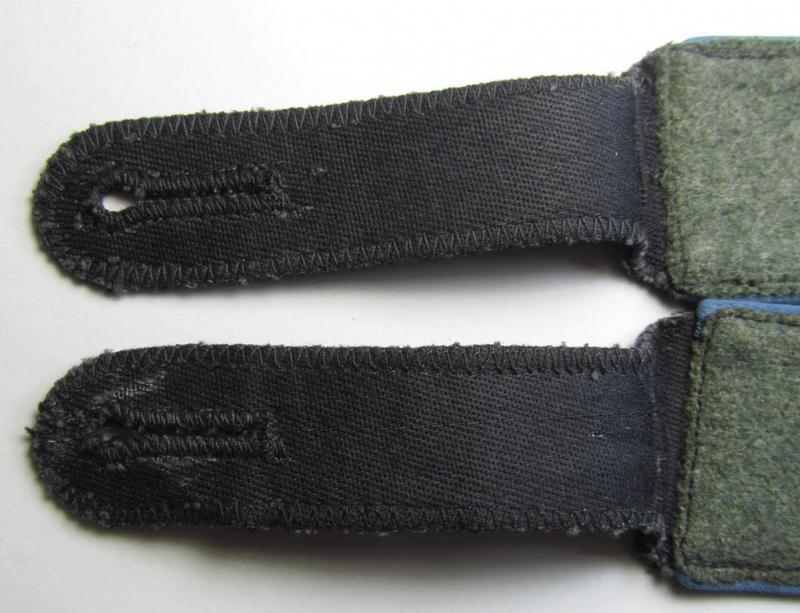 Attractive - and/or fully matching! - pair of Waffen-SS, enlisted-mens'-type shoulderstraps as piped in the light-blue-coloured branchcolou, as was intended for usage by a soldier who served within the: 'Waffen-SS Nachschub-Truppen'

Both shoulderstraps have the typical Waffen-SS-pattern- and/or: smaller-shaped tongues as only observed on genuine Waffen-SS-pattern straps and have the neat light-blue- (ie. 'hellblauer'-) coloured branchcolour and/or 'silk-like'-type branchcolour (ie. piping) attached: the set is fully 'text-book' in all facets and will be truly hard to be upgraded. The shoulderstraps - which are both 11 cms. sized in length as more often encountered - show the (typical) 'Waffen-SS'-styled, field-grey-coloured- and/or: woolen-based 'underlays' (as can be seen on the pictures). The pair shows some minimal age and/or staining simply caused by minimal wear and/or age. In any case is this a fully garuanteed, 100% original Waffen-SS shoulderstrap-set that comes in a wonderful condition and that is consequently priced. The pair shows hardly any wear nor damage and is as stated only slightly used ie. worn. It should be noted that these original, period Waffen-SS shoulderstrap-pairs can easily be graded 'scarce': even if they are piped in the more commonly encountered, light-blue-coloured- (ie. 'SS-Nachshub-Truppen'- or SS-transport-troops-related-) branchcolour!