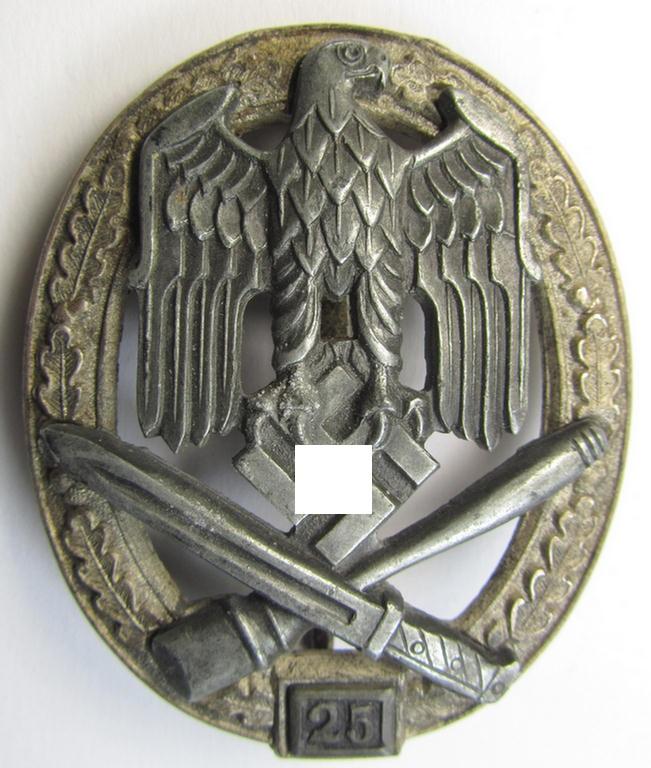 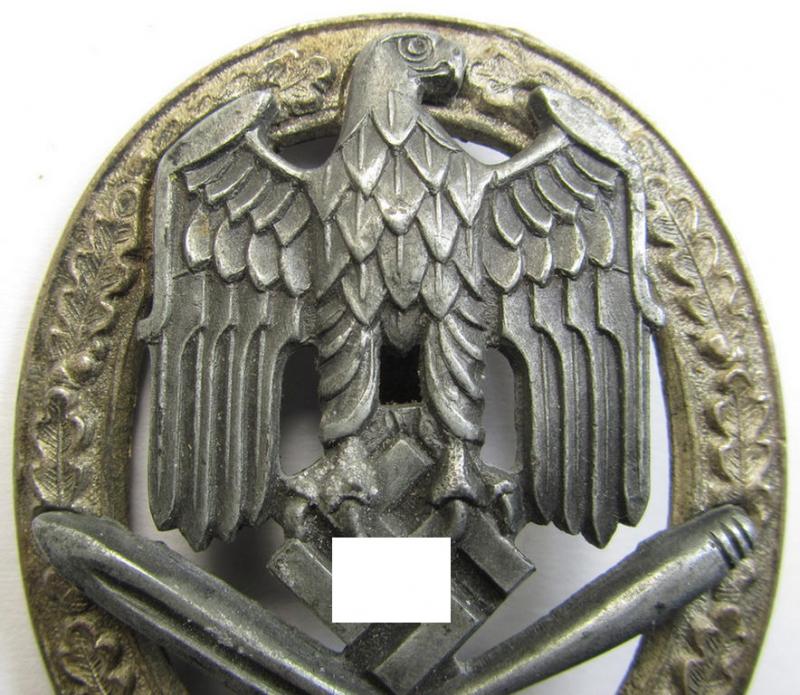 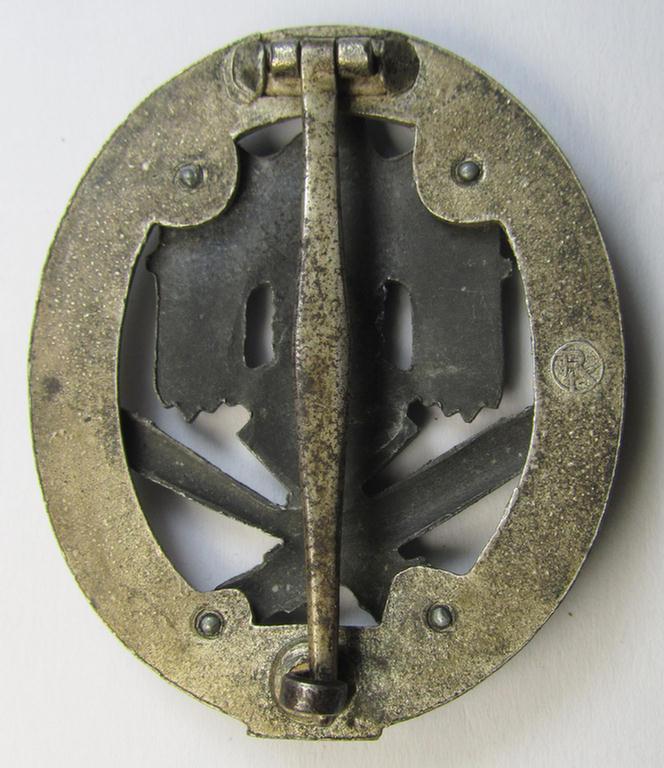 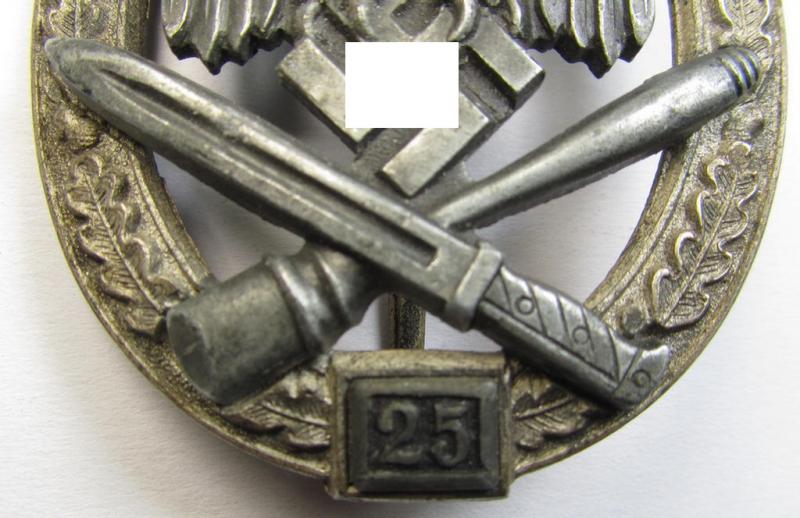 Stunning - and rarely encountered! - example of an: 'Allgemeines Sturmabzeichen mit Einsatzzahl 25' as was awarded for participation in 25 combat-actions ie. 'Sturmtage' being a neatly maker- (ie. 'RK'- or: 'Rudolf Karneth'-) marked specimen

This is a truly attractive - and with certainty rarely encountered albeit moderately used ie. worn - example of an: 'Allgemeines Sturmabzeichen mit Einsatzzahl 25' (or: numbered General Assault Badge ie. GAB as was awarded for participation in 25 combat-actions ie. 'Sturmtage') being a neatly maker- (ie. 'RK'- or: 'Rudolf Karneth'-) marked specimen as was (typically) executed in zinc-based- (ie. 'Feinzink'-) based metal and that comes in an overall very nice- (albeit I deem moderately used and/or worn-), condition. The attractive award retains most of its silver-toned (and minimally 'frosted'-) finish but was I deem truly used ie. worn as such and has maintained a very nice age-patina and comes naturally mounted onto its functional and unaltered (flute-shaped) pin (which is mounted on a typical 'crimped'-mounting as is always the case with badges by this maker). The piece is very detailed and pronounced and has a clear silverish (and as stated neatly somewhat 'frosted') appearance: the award has been moderately used and shows some wear on the obvious higher areas: it is moreover a tiny bit dirty but was I deem never cleaned nor polished and does still show great pronounced detail. Of course are all 4 rivets in a pristine and totally non-altered condition (as can be seen on the pictures). By all means is this a typical piece without showing any defaults that was produced by - and can be attributed to - the: 'Rudolf A. Karneth u. Söhne'-company based in the town of Gablonz. Of course comes this piece with a life-time garuantee on its originality (as always). Simply a stunning and very rarely found piece that is priced according to its rarity and/or desirability: only the second such high-class combat-award I ever had on offer!