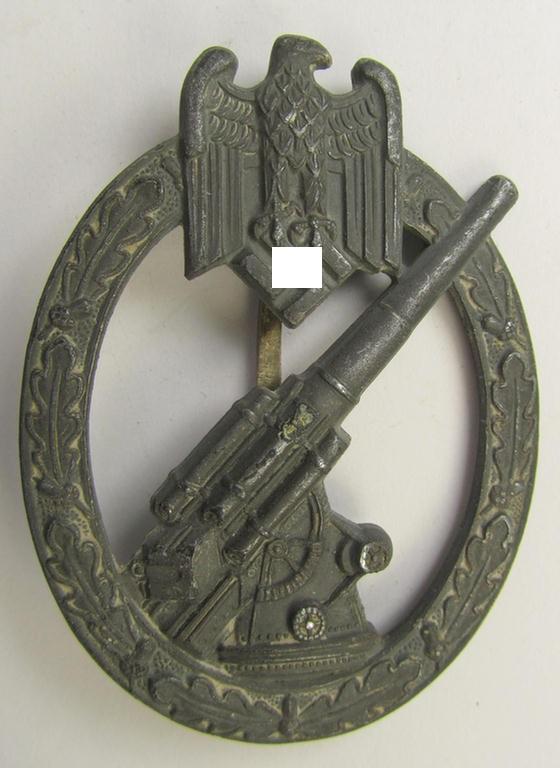 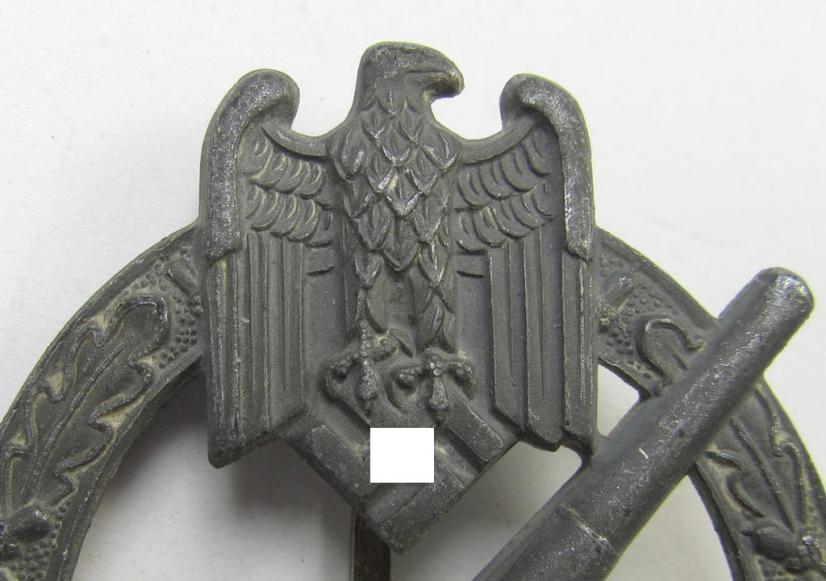 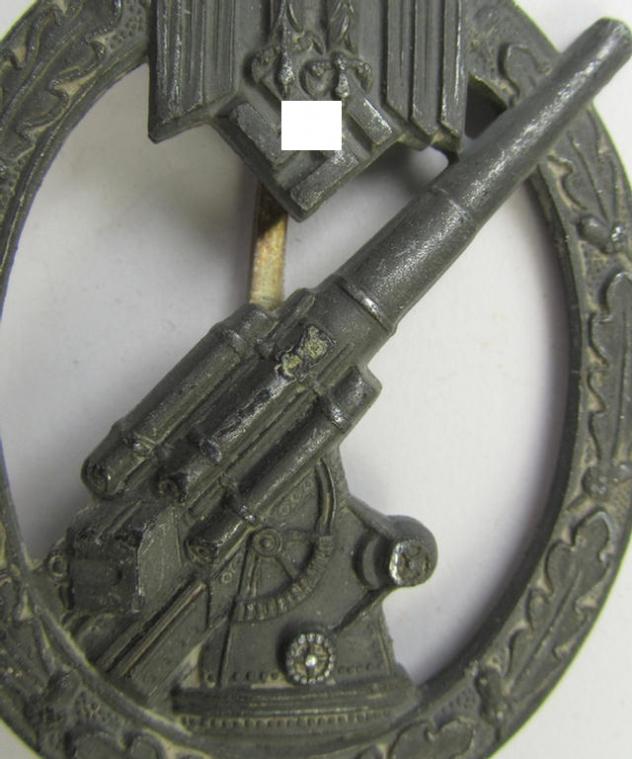 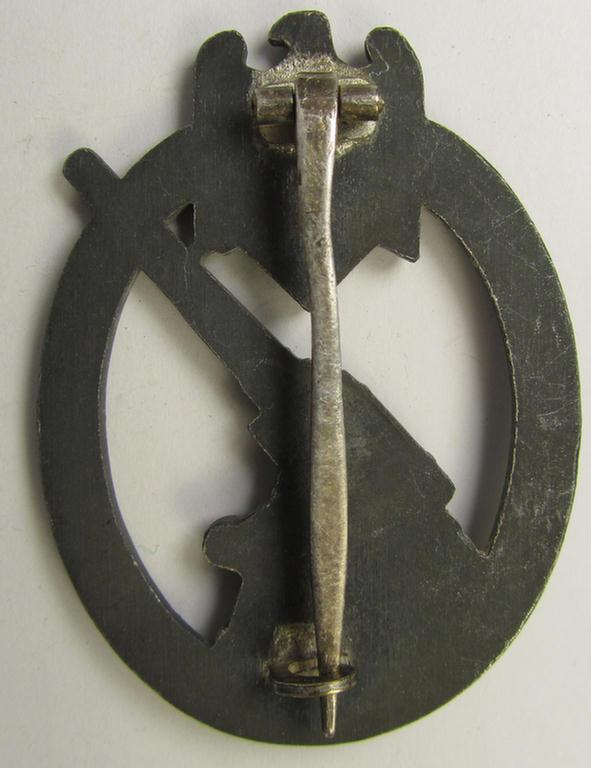 Superb, 'Heeres-Flakkampf-Abzeichen' being a non-maker-marked- and/or zinc- (ie. 'Feinzink'-) based specimen as was produced by the maker (ie. 'Hersteller') named: 'Förster & Barth'

This is a very attractive - and actually scarcely encountered! - example of a so-called: 'Heeres-Flakkampf-Abzeichen' (or: army anti-aircraft war-badge) being a non-maker-marked- and/or zinc- (ie. 'Feinzink'-) based specimen as was produced by the maker (ie. 'Hersteller') named: 'Förster & Barth' and that comes in an overall very nice- (ie. I deem minimally used- and/or worn-), condition. The badge on offer here concerns a later-war-period-, zinc- ie. 'Feinzink'-based specimen that has a typical, silverish-grey-coloured finish and that has maintained an attractive appearance, still showing pronounced detail as to be expected. The badge has never been cleaned nor polished (and is still also a tiny bit dirty ie. stained- ie. tarnished as mentioned above). The badge comes naturally mounted onto its typically broad- and/or flat-shaped pin and retains a functional (and unaltered) catch (as can be seen on the pictures). As stated above, does it deal with a typical F&B-'Heeres-Flakkampf-Abzeichen' that naturally shows all the details as to be expected for a badge by this particular maker. Simply a very nice and honest 'Heeres-Flakkampf-Abzeichen' that comes in an overall very nice condition: hard to upgrade this specimen!