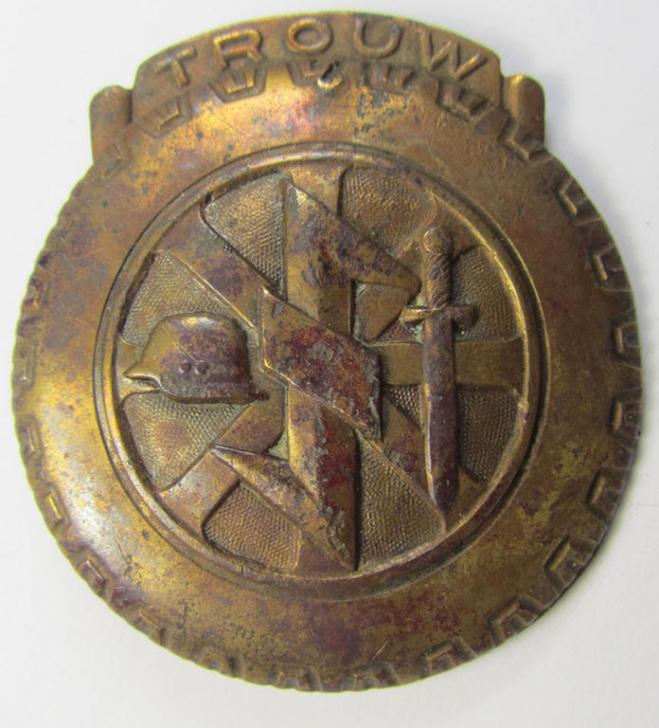 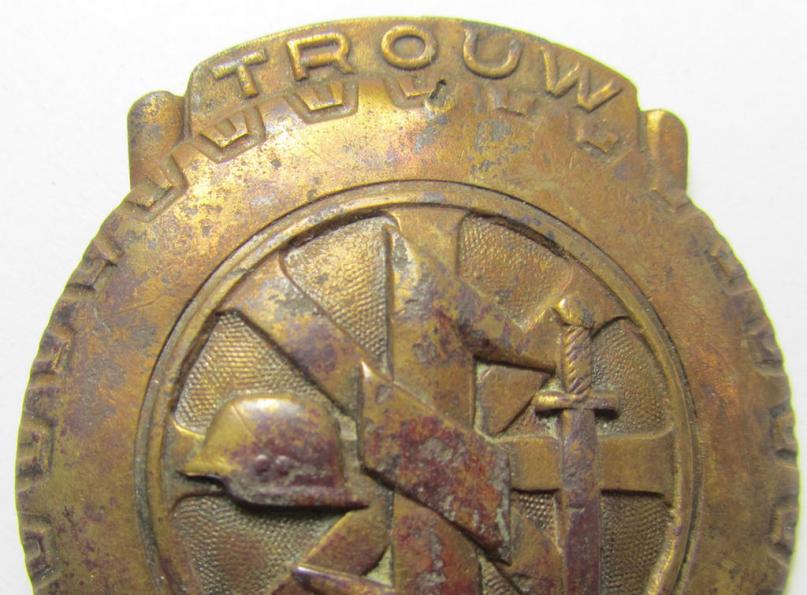 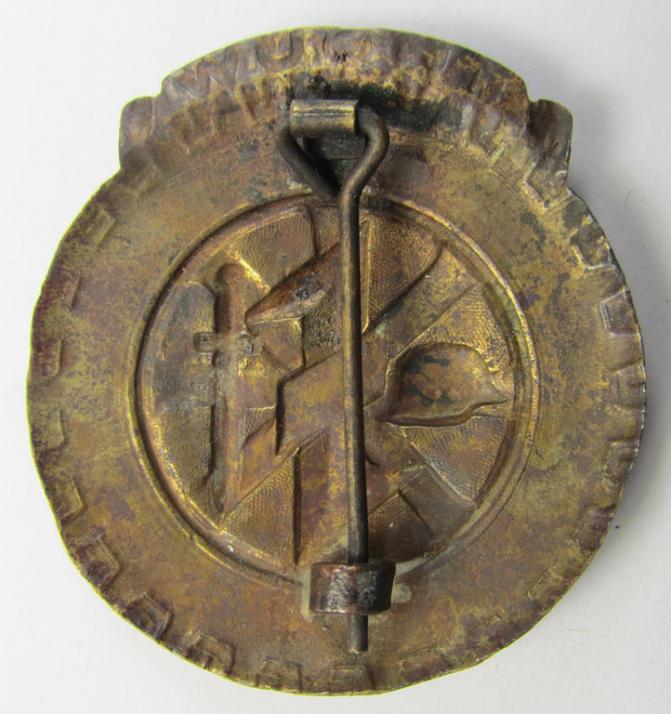 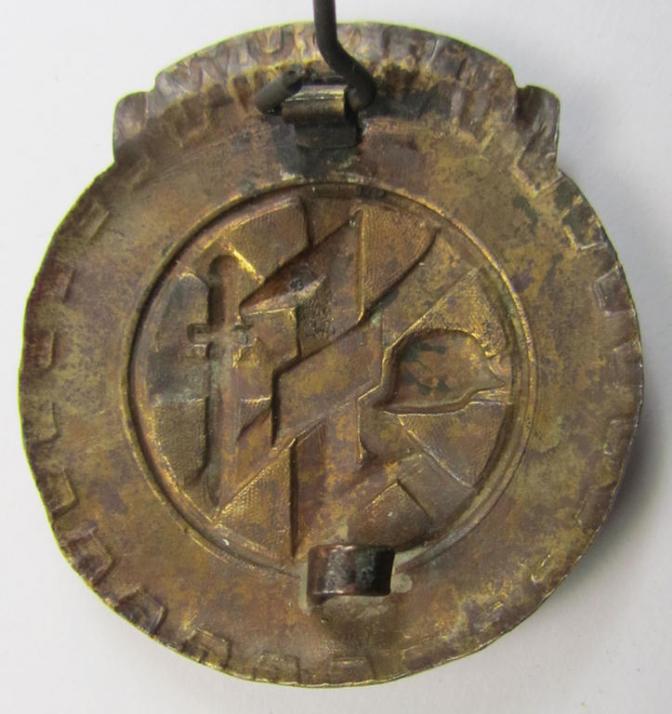 This is an attractive - and actually rarely encountered! - example of a Dutch-produced- and/or N.S.K.K.- (ie. Dutch-volunteer-) related commemorative-award (aka: 'Treueabzeichen in Bronze für die holländischen Freiwilligen der N.S.K.K. Gruppe Luftwaffe') that comes in an overall nice- (albeit clearly used- ie. worn-), condition. The detailed piece is executed in copper-toned metal (ie. 'Buntmetall') and shows some moderate age, wear and/or staining : it has, however, never been cleaned nor polished (as can be seen on the pictures). The shield-shaped and fairly large-sized award (having an approximate height of 4,6 cms.) depicts a vehicle-wheel with in its center an illustration of a 'Wolfshook'-sign, German steel-helmet and upward-placed sword: it also shows the Dutch word: 'Trouw' (ie. loyalty) on its top. The piece comes mounted on its (typical) pin and catch (set-up) which are both present and fully functional. These attractive awards came in two classes only (silver- and/or bronze) and came with an official award-document: they were awarded at a limited scale to the Dutch N.S.K.K.-members (ie. truck-drivers) who had succesfully served on the Eastern Front. I have seen similar examples of this attractive award been offered for much more than my asking-price. Simply a nice occasion to acquire a Dutch volunteer-related N.S.K.K.-award for an interesting price!