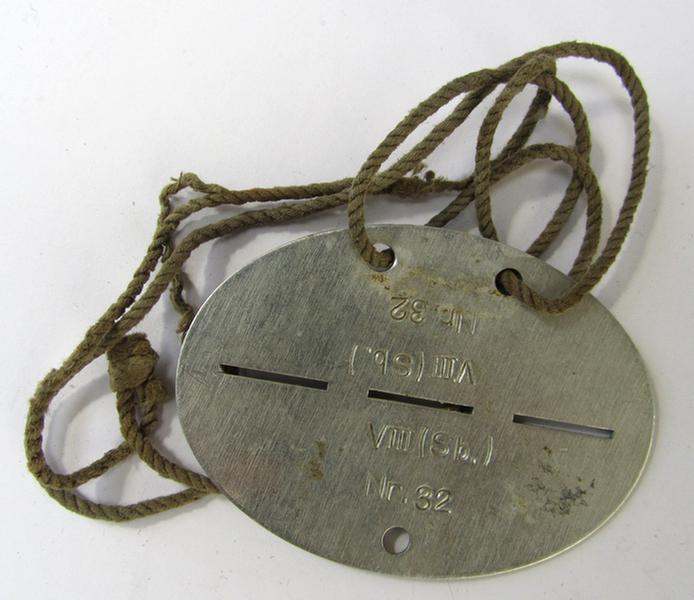 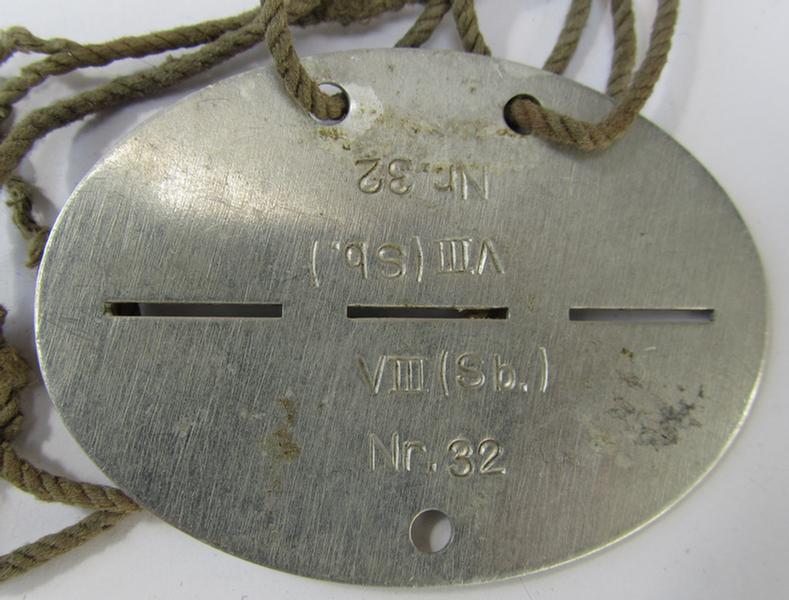 This is a nice - and truly unusually encountered! - aluminium-based, WH (Heeres) and IMO 'Panzer'-related ID-disc, that still comes mounted on its period piece of (white-coloured ie. slightly stained-) cord as worn, bearing the engraved ie. stamped unit-designation: 'VIII (Sb)' and as such being intended for ie. worn by a soldier that served within the: '8. Schützen-Brigade', in overall nice albeit clearly used ie. moderately worn, condition. The disc is in an overall nice condition and has IMO never been cleaned nor polished: it shows minimal 'torn-out' holes, simply caused by having been worn. The disc is void of the soldier's blood-group type, something that was more often seen. The disc is still a bit dirty and was most certainly never cleaned. Simply a nice and honest 'Schützen-Brigade'- (ie. IMO 'Panzer'!) related ID-disc that was recently found at a German household: I deem that this particular example would merit further investigation!